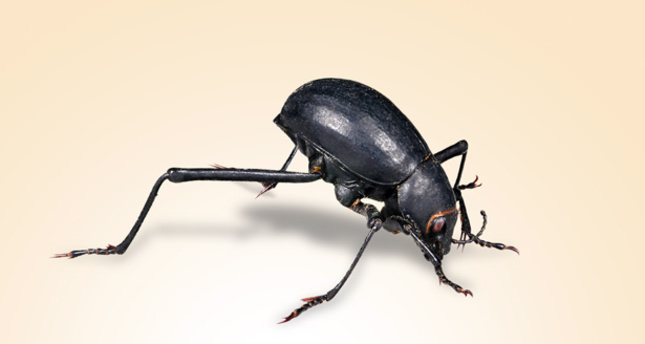 by Daily Sabah Jun 23, 2014 12:00 am
Turkish scientist Şehmus Özden, studying a doctorate degree in Materials Science and NanoEngineering at the U.S-based Rice University in Texas, has invented a new technology to harvest water molecules from arid air by using nanotechnology.

The Rice team, led by Özden, have imitated the Stenocara beetle native to the Namib Desert of southern Africa in order to achieve the feat of technology. The Stenocara beetle can stretch its wings at a 45-degree angle to capture and drink water molecules from the morning fog. Özden said there are creatures in the natural world which are able to squeeze the air around them to take on water without expending any external energy.

The research team developed a similar system by using carbon nanotubes to collect water from air and store them for future use. The invention might be used as an efficient way to solve drinking water shortage mostly in deserts and other drought areas.