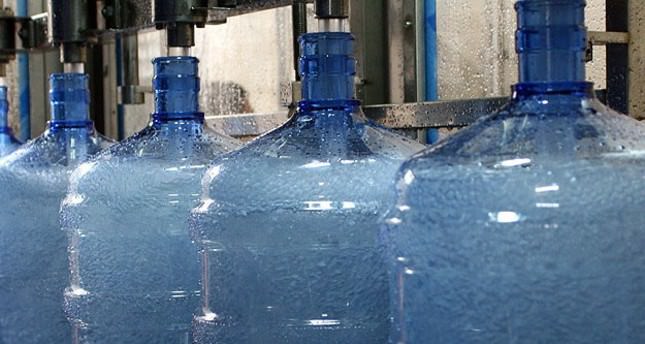 The most essential element to man; water, has a new method in purification. An electrochemical reactor intended to exterminate diseases in water aims to eradicate the disadvantages in the current method of purifying water

An electrochemical reactor that exterminates disease causing elements in water was developed by the Gebze Institute of Technology (GYTE). The system is expected to reduce the risks caused by the use of chlorine, ozone and ultraviolet (UV) lamps in purifying drinking water. Research assistant in the department of environmental engineering at Gebze Institute of Technology Özge Türkay Daglı, in her statement to Anadolu Agency (AA), said the methods that are used in current purification plants have advantages as well as disadvantages. She pointed out the risks that are caused by chlorine, ozone and UV lamps, adding, "As it is cheap and simple, chlorine is used at purification plants in Turkey. She said ozone can be used to prevent the byproducts but ozonization is not only expensive but also its practice is challenging. She said UV lamps, on the other hand, are also expensive and not effective for viruses. Daglı emphasized that other countries are working on alternative methods, and like GYTE, started a project to produce disinfectants using electrochemical substances. She said that producing chlorine from salty water is a known and easy method: "This system can be used by integrating it with the developing technology."

The system is based on using titanium plaques as positive and negative poles and a process of decomposition of ions in the water using a diaphragm. The scientists produced two types of water, anolyte and catholyte, with advanced features by decomposing salty water in its ions in the reactor. The anolyte is called electroactive water and is used as a disinfectant since it has a high oxidation potential. Explaining the procedure, Daglı added that the disinfectant that is produced by only adding salt into drinking water is cheaper and more ecological than using harmful chemicals. She further said that electroactive technology is currently used in daily life in Russia and Japan.

She said that the countries that are mentioned above benefit from the electroactive water in food safety and medical sterilization: "This water prevents mildew, fungus and bacteria to grow in fish, fruits and vegetables," and that before using electroactive water as a disinfectant, its toxicity should be studied. Daglı said there are numerous devices in different types or volumes that produce electroactive water in other countries. She said that although Turkey has started to use this technology recently, the prices of imported devices are too high. "I support the idea that these devices should be produced in Turkey, however, we want to take action after carrying out more studies since drinking water is a sensitive subject," she said before adding that current studies only gauge chlorine concentrations. She continued, "Food engineers only study the bacteria in the water, but we are trying to determine the physicochemical features of the electroactive water as we are environmental engineers. On the other hand, we continue to carry out microbiological analyses that are specified in 'Regulation Concerning Water Intended for Human Consumption.' So far, we confirmed that electroactive water kills E. coli in drinking water 100 percent." She added that they will carry out their research on more resistant pathogens with performance tests. Daglı mentioned that since the primed water is a disinfectant in some ways, it can be used as bleach in homes and concluded that the cost of the project will be revealed in the next phases.