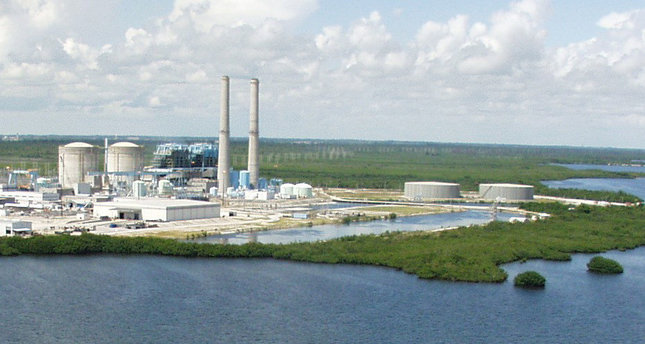 The minister of energy and natural resources, Taner Yıldız, recently hosted 75 male and eight female students who will leave for Russia to receive nuclear energy training

Speaking at the meeting, Yıldız said 83 students from 27 different departments of 17 universities were chosen from 5,000 people to study at the National Research Nuclear University (MEPhI) in Moscow.

The students will be educated in English and Russian in their first year and receive lessons in nuclear energy for another four years. After completing the program, they will also take hands-on training in the training centers of Russian Rosatom State Nuclear Energy Corporation and complete internships at nuclear power plants in Russia. After receiving their bachelor degrees, students will be able to continue with specialty training programs and a two-year master's program or they will be able to take open positions at the Akkuyu Nuclear Power Plant in Turkey.

There are 442 nuclear power plants around the world, and "nuclear power plants even exist in cities with two million people," said Yıldız. He said that Istanbul alone uses 13 percent of Turkey's total energy production. "Akkuyu Nuclear Power Plant will produce Istanbul's annual energy consumption," Yıldız said, adding that they aim for an energy structure for Turkey to use its renewable energy sources along with coal, natural gas, nuclear energy and other sources. It is estimated that Turkey will be able to produce half of the energy it needs in 2023. In order to meet the demand, Turkey should also benefit from water, wind, solar, geothermal, biomass and nuclear energy, Yıldız said.The nuclear energy agreement between Turkey and Japan will be approved in November following the already approved agreement with the Russian Federation. A 3,700-page-long Environmental Impact Assessment Report of the agreement with Russia is expected to be passed in the upcoming month. "We are talking about a detailed and important process. Therefore, we are planning to build and operate a nuclear power plant with Turkish engineers," Yıldız said, adding that their aim is to build power plants with domestic sources, production and Turkish engineers in the future. The ministry does not only want to generate power with Turkey's first nuclear power plant, but also wants to pave the way for new developments in technology to build new power plants. "This is an important objective for our ministry," Yıldız said, and claimed that Turkey is capable of accomplishing this objective. According to Yıldız, Turkey's energy industry growth is bigger than its economic growth. "Turkey's energy industry grew 11.4 percent while our economy grew 4 percent last year. There is a demand for energy as our level of welfare has been improved," he said. Developed countries that have 45 percent of the world's natural gas and 34 percent of its petroleum reserves prefer nuclear energy to generate power. There are 100 nuclear power plants in the U.S. and more than half of the European Union member countries either have a nuclear power plant or use energy generated from it. "Building a nuclear power plant is inevitable and a necessity for Turkey. This is a $22 billion (TL 25.03 billion) investment in a 10 square kilometer area," Yıldız said.

The students who were chosen for the program will receive a $500 dollar stipend each month and their health insurance and education expenses will be covered. Moreover, the program will purchase their round-trip plane tickets each year. Minister Yıldız advised students to study hard in order to learn Russian and English. "You will not only study for yourself but for our country and future," he said to the students.

What is nuclear energy?

A nuclear power plant is a thermal power station in which one or more nuclear reactors are used to generate electricity. The heat is transformed into a stream, which drives a turbine connected to a generator which produces electricity. High security measures should be taken at nuclear power plants due to the use of radioactive chemicals such as uranium and plutonium.In contrast to thermal power plants, nuclear power plants do not release toxic gas into the air however, the radioactive waste which is a by-product of nuclear power generation, have long-term hazardous impacts on human life and the environment. Scientific studies are still being carried out to investigate how to annihilate radioactive waste. Unfortunately, many countries deposit this dangerous waste in third world countries.Nuclear power plants may cause tragic accidents if necessary precautions are not properly followed. In 1986, the catastrophic Chernobyl nuclear disaster in Ukraine ended with the deaths of thousands of people closely followed by the evacuation of the area. Furthermore, the 2011 earthquake and tsunami that hit Japan's Tohoku coast caused nuclear accidents at three reactors in the Fukushima Daiichi Nuclear Power Plant complex. Thousands of people had to evacuate the region following the incident which emitted large quantities of radiation into the atmosphere. The radioactive material was found as far as North America and Europe.Setting aside these hazardous risks, the main reason nuclear power is protested by environmental groups, it does not cost too much to generate electricity at nuclear power plants. Radioactive materials require little money, a reason nuclear power plants may allow countries which lack sufficient energy resources to generate their own energy without depending on other countries.