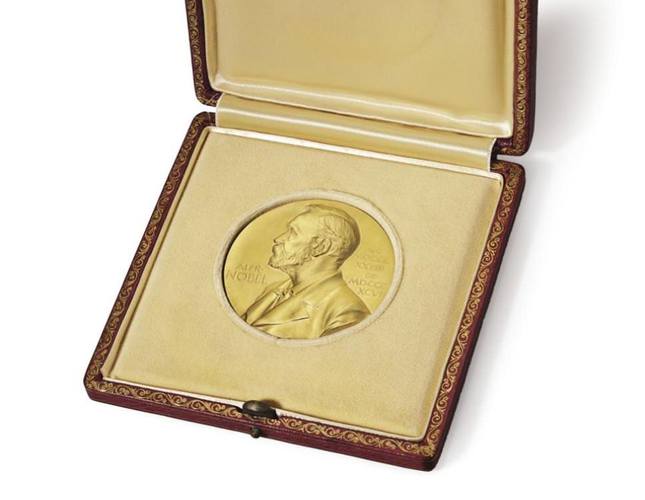 by AA Dec 07, 2014 12:00 am
The Nobel laureate U.S. geneticist James Watson, who helped discover the double helix structure of DNA, sold the gold medal presented to him for $4.8 million.

According to the BBC, the medal was expected to be sold for $2.5 million $3.5 million at Christie's auction house in New York. This is the first Nobel Prize medal to be sold by a living recipient. It has been said that Watson, 86, put his medal up for sale because of financial difficulties.

It was claimed that Watson was excluded from the scientific community after his statement that "black people are not as intelligent as whites," which he suggested in an interview in 2007.

Watson received the Nobel Prize for medicine for the discovery of the double helix structure of DNA, along with Francis Crick and Maurice Wilkins. Crick passed away in 2004 and his medal was sold for $2.2 million last year.