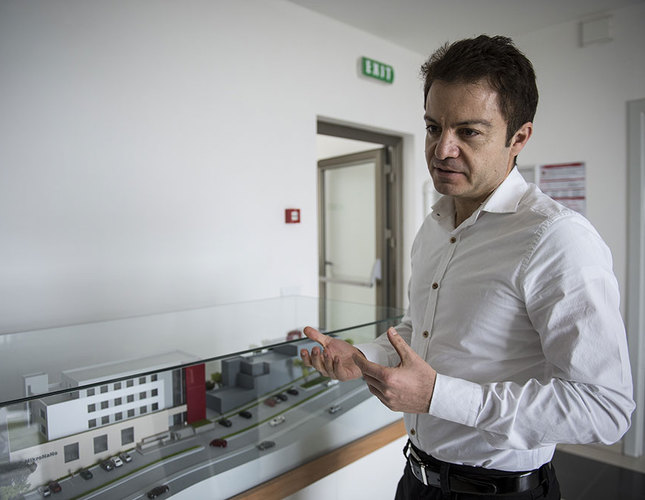 by AA Dec 22, 2014 12:00 am
The foundation of Turkey's first microchip production facility, established in cooperation with ASELSAN and Bilkent University, will be laid during a ceremony on Dec. 24 in Ankara. Thin and durable electronic materials for the defense, communication and energy sectors will be produced at the factory.

Turkey will be the fourth country in the world that will produce strategic technologies such as defense radar, electric cars, high-speed trains and 4G/5G mobile phone systems thanks to the GaN-based chips that will be produced in this facility.

Speaking to an Anadolu Agency reporter, the President of Bilkent University's Nanotechnology Research Center (NANOTAM) and the General Director of AB-MikroNano, Professor Ekmel Özbay, said that ASELSAN and NANOTAM have been jointly developing countless nanotechnologies as well as micro-technology for many years. He also emphasized that Turkey would be the fourth country in the world to produce commercial nano-chips if the results from the chips produced exceed their expected performance.