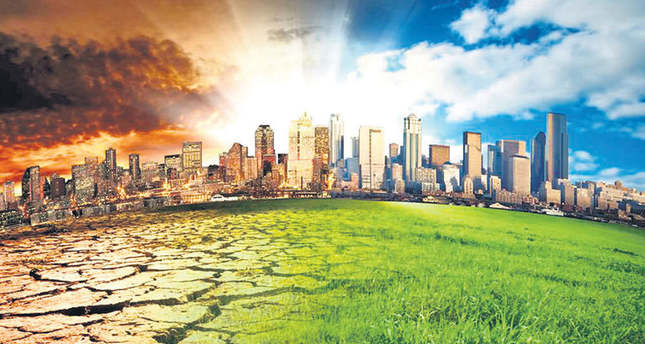 Human activity has pushed the planet across four of nine environmental boundaries, sending the world towards a ‘danger zone,’ according to a study published on Thursday in the journal Science

Climate change, biodiversity loss, changes in land use, and altered biogeochemical cycles due in part to fertiliser use have fundamentally changed how the planet functions.

"For the first time in human history, we need to relate to the risk of destabilising the entire planet," Johan Rockstrom, one of the study's authors and an environmental science professor at Stockholm University told the Thomson Reuters Foundation.

Scientists in 2009 identified and quantified the nine planetary boundaries within which humanity can develop and thrive.

The five other boundaries - ozone depletion, ocean acidification, freshwater use, microscopic particles in the atmosphere and chemical pollution - have not been crossed.

Passing the boundaries does not cause immediate chaos but pushes the planet into a period of uncertainty.

The amount of carbon dioxide in the atmosphere, a gas causing the planet to warm, has exceeded 350 parts per million to the present 395 parts per million, crossing the boundary of what scientists think to be acceptable.

"We are at a point where we may see abrupt and irreversible changes due to climate change," Rockstrom said, as warming could cause Arctic ice sheets to melt releasing more greenhouse gases and creating a vicious feedback loop.

The study results are set to be incorporated into the new global development goals that will be finalized in September at the United Nations in New York to replace the Millennium Development Goals on poverty alleviation expiring this year.

Scientists hope the new study will help balance competing demands for economic growth and environmental sustainability which are likely to arise during the conference.

Despite a steady drumbeat of grim warnings, food prices have declined the past four years, indicating that wild weather linked to climate change is not destroying harvests worldwide.

Commodity prices, a measure of scarcity for energy and other basic goods, are also falling, leading some economists to question warnings from climate scientists and environmentalists.

"Just because we are not seeing a collapse today doesn't mean we are not subjecting humanity to a process that could lead to catastrophic outcomes over the next century," Rockstrom said.