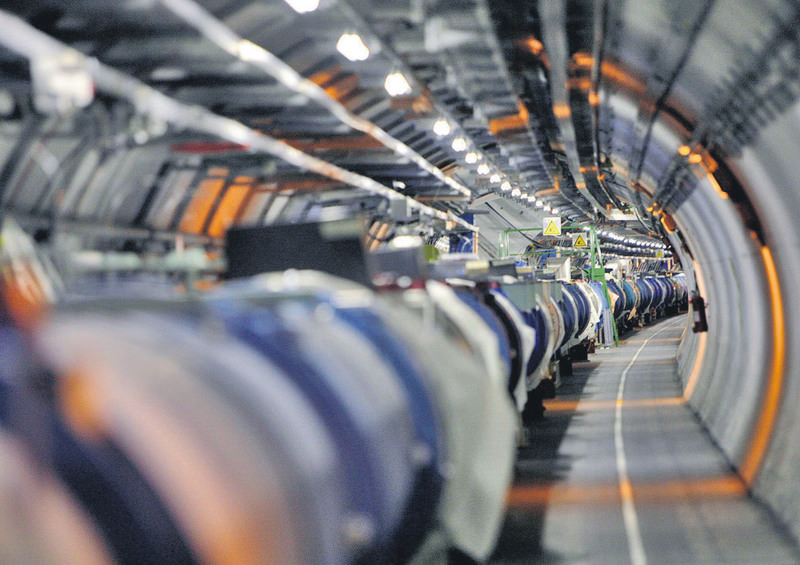 by Anadolu Agency Apr 06, 2015 12:00 am
The Large Hadron Collider (LHC), the world's biggest and most powerful particle accelerator, has resumed operations after two years of intense maintenance, the European Organization for Nuclear Research (CERN) said in a statement on Sunday.

The 27 kilometer-long accelerator has now almost cooled to its nominal operating temperature.

According to CERN's director for accelerators and technology, Frederick Bordry, the LHC is in "great shape" after two years of efforts to rebuild it. "But the most important step is still to come when we increase the energy of the beams to new record levels," he added.

CERN Director General Rolf-Dieter Heuer said the "operating accelerators for the benefit of the physics community is what CERN's here for. Today, CERN's heart beats once more to the rhythm of the LHC."

The statement said the LHC is entering its second operation season. "Thanks to the work done in the last two years, it will operate with unprecedented energy – almost double that of season 1 – at 6.5 TeV per beam. With 13 TeV proton-proton collisions expected before summer, the LHC experiments will soon be exploring uncharted territory."

The LHC is the highest-energy particle collider ever made, built in collaboration with more than 10,000 scientists and engineers from more than 100 countries, as well as hundreds of universities and laboratories. It collides high-energy beams in experiments that examine the nature of subatomic energy. The LHC's work has been pivotal in the discovery of an elementary particle known as the Higgs boson, which led Peter Higgs and Patrick Englert, the scientists who had predicted it, to win the Nobel Prize in physics in 2013.
Last Update: Apr 06, 2015 9:46 pm
RELATED TOPICS