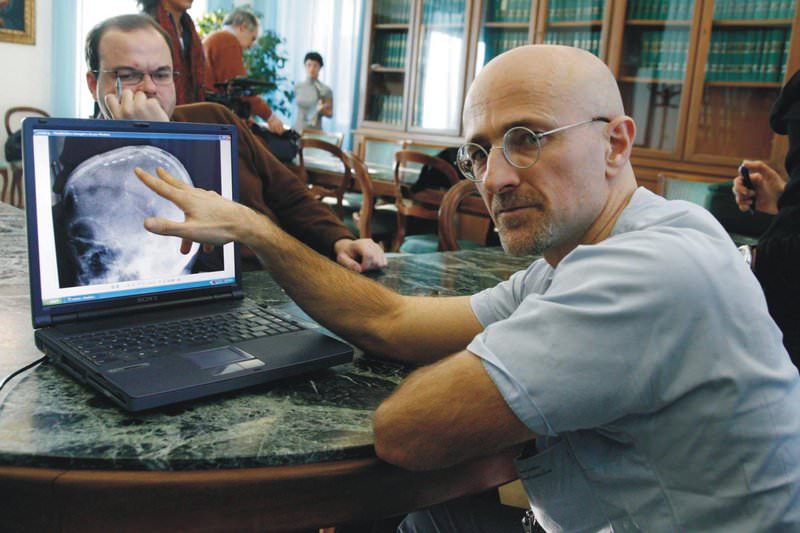 by daily sabah Apr 09, 2015 12:00 am
A Russian computer scientist, Valery Spirodonov, 30, has volunteered himself to undergo a head transplant, which will be performed by Dr Sergio Canavero who claims that scientific advances will allow such an operation for the first time in the near future.

Spirodonov suffers from Werdnig-Hoffman, also known as spinal muscular atrophy, a degenerative disease which has confined him to a wheelchair. Giving an interview to Britain's daily The Daily Mail he said, "I contacted Professor Canavero two years ago after reading about his work. I offered myself to him to make this operation possible. We have never met and we just communicate via emails."

Dr Canavero predicts that the operation, named HEAVEN — an abbreviation of Head Anastomosis Venture - will be carried out in a 36-hour procedure with 150 doctors and nurses and completed in 2017. The operation is expected to cost around $11 million. Spirodonov will be in coma for a month as part of an intense postoperative care.

Pointing out the risk of such an operation, Dr Hunt Batjer, president elect of the American Association for Neurological Surgeons, said, "I would not wish this on anyone. I would not allow anyone to do it to me as there are a lot of things worse than death," to criticize his counterpart.

Despite all arguments and objections both in the press and visual media, volunteer Spirodonov remains resoulte and said in the interview, "My decision is final and I do not plan to change my mind. I don't do this because I don't have a life, but I think that science is developed by those who are ready to take risks and devote themselves to it. If I don't take this chance, my fate will be very sad. With every year my state is getting worse."
Last Update: Apr 09, 2015 6:28 pm
RELATED TOPICS