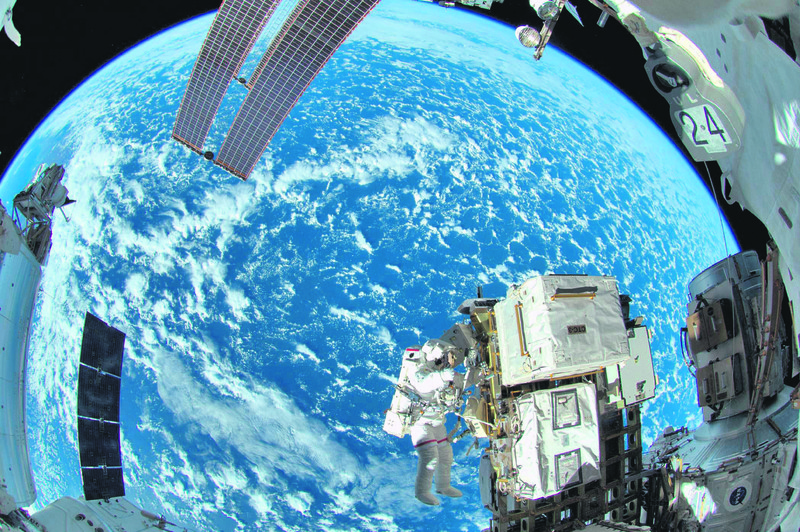 by May 04, 2015 12:00 am
It may not be space debris, errant asteroids, supply shortages, thruster malfunctions or even the malevolent aliens envisioned in so many Hollywood films that thwart astronauts on any mission to Mars. It may be the ubiquitous galactic cosmic rays.

Researchers said on Friday long-term exposure to these rays that permeate space may cause dementia-like cognitive impairments in astronauts during any future round-trip Mars journey, expected to take at least 2-1/2 years. In a NASA-funded study, mice exposed to highly energetic charged particles like those in galactic cosmic rays experienced declines in cognition and changes in the structure and integrity of brain nerve cells and the synapses where nerve impulses are sent and received. The irradiated particles in galactic cosmic rays, remnants of star explosions called supernovas, can penetrate spacecraft and astronauts' bodies. Earth itself is protected by its magnetosphere. University of California, Irvine radiation oncology professor Charles Limoli said "without a doubt" people would face the same issues as the mice. "Astronauts may incur cognitive impairments that lead to performance decrements, confusion, increased anxiety and longer-term problems with cognitive health," said Limoli, whose study appears in the journal Science Advances. This could compromise mission critical activities, especially if unanticipated situations arise during deep spaceflight, Limoli said.

The mice, genetically altered to have green fluorescent neurons to help structural analysis, were exposed to the rays at the NASA Space Radiation Laboratory at the Brookhaven National Laboratory in New York and then analyzed six weeks later. In addition to the brain neuron and synapse changes, the mice exhibited decreased performance on learning and memory tests. They also lacked curiosity and were sluggish in experiments involving objects placed in a box with them.

"Previous studies show synaptic impairment or loss of synapses is an early and invariant feature of Alzheimer's disease, and there is a strong correlation between the extent of synapse loss and the severity of dementia," said University of California, Irvine neuroscientist Vipan Kumar Parihar. NASA says it is developing the capabilities needed to send humans to an asteroid by 2025 and Mars in the 2030s. NASA spokeswoman Stephanie Schierholz said a Mars mission would take at least 2-1/2 years: a six-month journey there, a stay on Mars of at least 18 months, and a six-month flight back. Limoli said while Mars-bound astronauts cannot fully escape the rays, it may be possible to design spacecraft with areas of increased protective shielding.