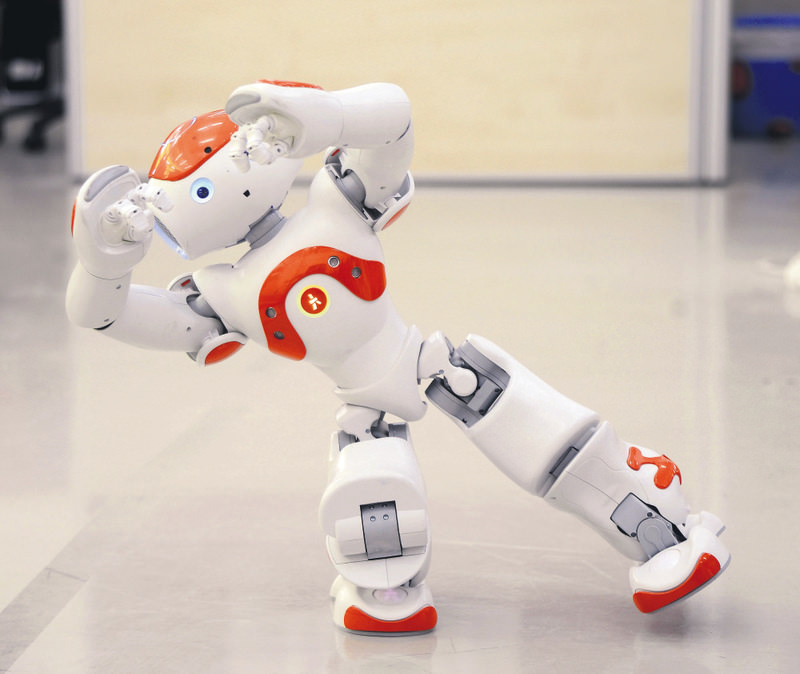 by Anadolu Agency May 07, 2015 12:00 am
Researchers at Middle East Technical University (ODTÜ) introduced the robot Nao to interact with iCub, another robot that has the mental and motor skills of a three-and-a-half-year-old boy. Assistant Professor Sinan Kalkan of ODTÜ's Department of Computer Engineering said that the research team had successfully programmed Nao to interface with iCub. Kalkan said the robot can sit down, stand up, dance and talk. It can also understand when someone speaks, observe the environment with its cameras and even play football. He said robots will become a part of everyday life in the future, and they will communicate both with humans and each other. "We have two robots, Nao and iCub, at ODTÜ Labs. The team is working to develop interaction between the two," he added. He humorously quipped that Nao will be the brother of iCub. The research team is preparing to submit an application to TUBİTAK to use Nao to help educate children with autism. iCub was brought to ODTÜ Labs about four years ago as a part of the "RobotCub" project conducted as part of the Sixth EU Framework Program.
Last Update: May 07, 2015 11:06 pm
RELATED TOPICS