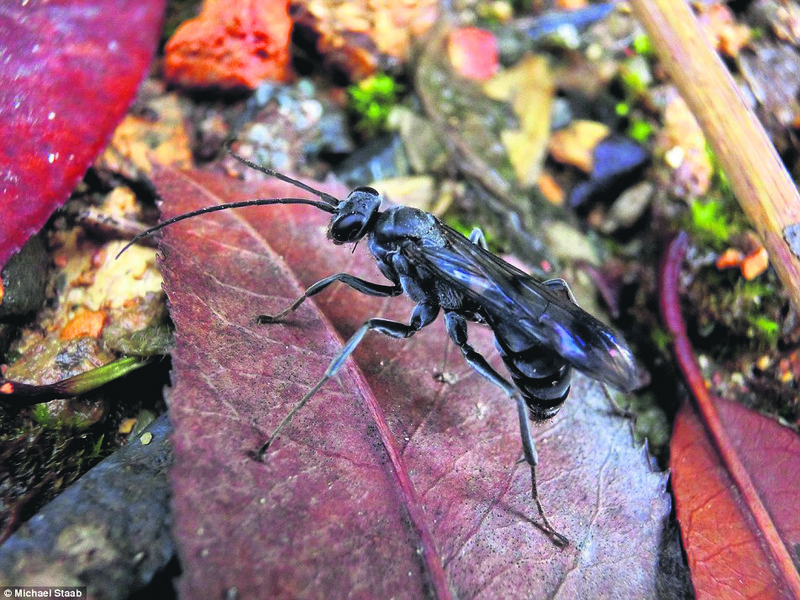 The 10 are "a reminder of the wonders awaiting us," said Quentin Wheeler, president of the SUNY College of Environmental Science and Forestry, which issues the list. An estimated 10 million species are still unknown to science.

But researchers have to move fast: development, poaching, and climate change are driving plants and animals to extinction faster than science can discover them.

Two animals made the list because of unusual parenting. A wasp from China is the first animal found to use chemical weapons to thwart predators that might have designs on its offspring. Mothers fill part of their nest with dead ants, which give off volatile chemicals that mask the scent of larvae, throwing off would-be predators.

A frog from Indonesia breaks the rule of anuran reproduction. Rather than laying eggs, as almost all the world's 6,455 species of frogs do, or giving birth to froglets, it deposits tadpoles into shallow pools.

One of the top 10, dubbed "the chicken from hell," is extinct. The feathered dinosaur whose partial skeletons were unearthed in the Dakotas was a contemporary of T. rex and Triceratops. Two species caught the list-makers' attention for their performance art.

A spider from the sand dunes of Morocco cartwheels to thwart predators, moving twice as fast as when it runs, while a pufferfish from Japan turns out to be the creator of intricate circles on the sea floor which had mystified scientists for 20 years. Males construct the circles, meant to attract females, by swimming and wriggling in the sand.Since no top-10 list would be complete without an entry that made it on looks, SUNY included a photogenic blue, red, and gold sea slug from Japan. More than a pretty face, it could shed light on how algae in a sea slug's gut produce nutrients for the slug out of corals it eats. The release of the top 10 is timed around the May 23 birthday of Carolus Linnaeus (1707-1778), the Swedish botanist and zoologist who founded modern taxonomy. The full list, with photographs, is at http://www.esf.edu/top10/.