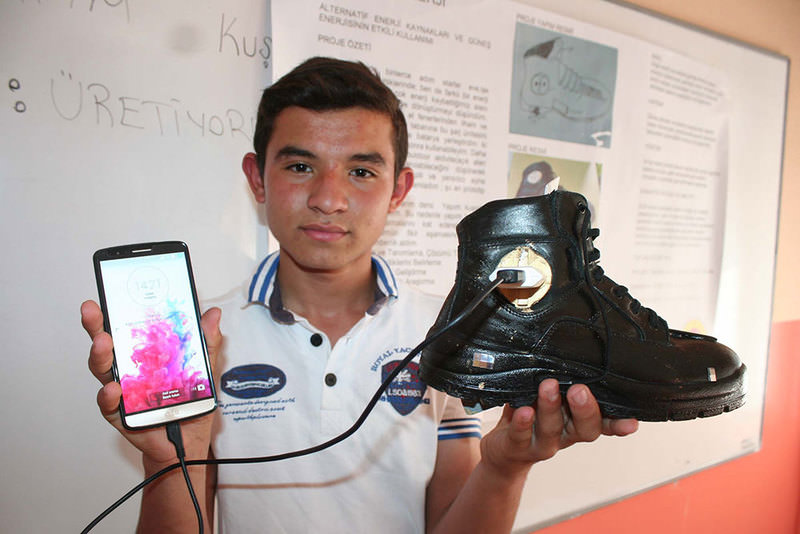 by Daily Sabah with IHA May 22, 2015 12:00 am
Turkish secondary school student Furkan Faruk Aslan managed to produce nine volts of electricity by walking on boots.

The 15-year old from Erdemli district of southern Mersin province has earned the right to apply for patent.

Guided by his technology design teacher Nazan Ayar of Akdeniz Secondary School, the eight grader came up with the idea in electricity production techniques studies.

Aslan participated with his project he named as "Step by Step Energy" in a research and development contest.

"I have always wanted to prepare a project on energy. I managed to charge a solar battery with a magnetic dynamo placed under boots," Aslan said.

"The nine-volt battery is charged after walking 200 meters and a cellphone can be charged with it," Aslan stated, further adding that his next goal is to make a fuel-free generator.