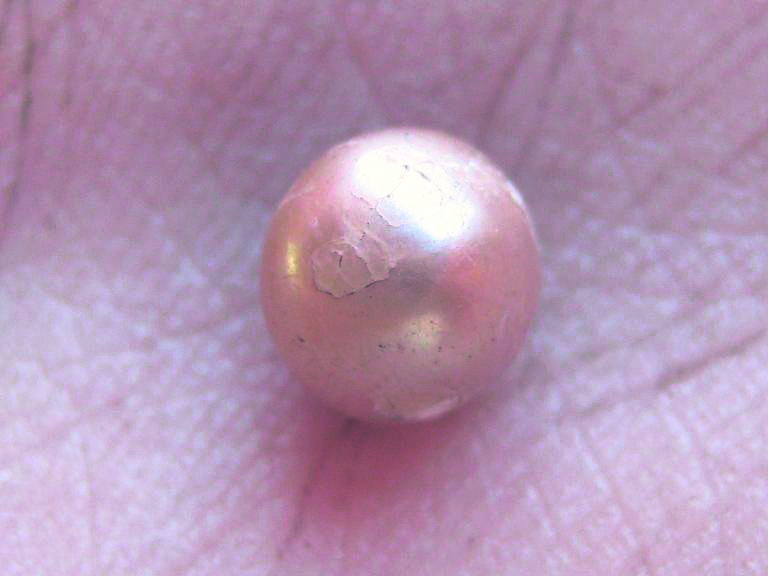 by Jun 04, 2015 12:00 am
Australian scientists said Wednesday they have uncovered a "very rare" 2,000-year-old natural sea pearl - the first found on the vast island continent - while excavating a remote coastal Aboriginal site.

Archaeologists were working the site on the north Kimberley coast of Western Australia when they came across the unique gem below the surface, said Kat Szabo, an associate professor at the University of Wollongong.

"Natural pearls are very rare in nature and we certainly - despite many, many [oyster] shell middens [a prehistoric refuse pit] being found in Australia - we've never found a natural pearl before," Szabo, who specializes in studying shells at archaeological sites, told AFP. "The location makes it particularly significant because the Kimberley coast of Australia is synonymous with pearling and has been for the better part of the last century."

The pink-and-gold-colored pearl is almost spherical, with a five-millimeter diameter. Due to its near-perfect round shape, the researchers used a micro CT scan to test its age and prove that it was naturally occurring rather than a farmed modern cultured pearl. The oysters that produce pearls were used during rainmaking ceremonies of indigenous cultures, and their shells have been found in the central desert more than 1,500 kilometers away. Archaeologists have known about the rainmaking rituals for some time, but were not aware of how far back in history they had been practiced.

"Studying the pearl has led us to study the layer in which it's found," Szabo said. "In indigenous terms, that's telling a really interesting story about a cultural tradition [that uses] pearl shells, which we knew [about] historically but we've never been able to prove that it went back into the past."

The pearl is set to go on display at the Western Australian Maritime Museum in Perth later this month, with details of the findings published in the Australian Archaeology journal.
RELATED TOPICS