Russia's Soyuz to return astronauts to Earth after correction of mishap 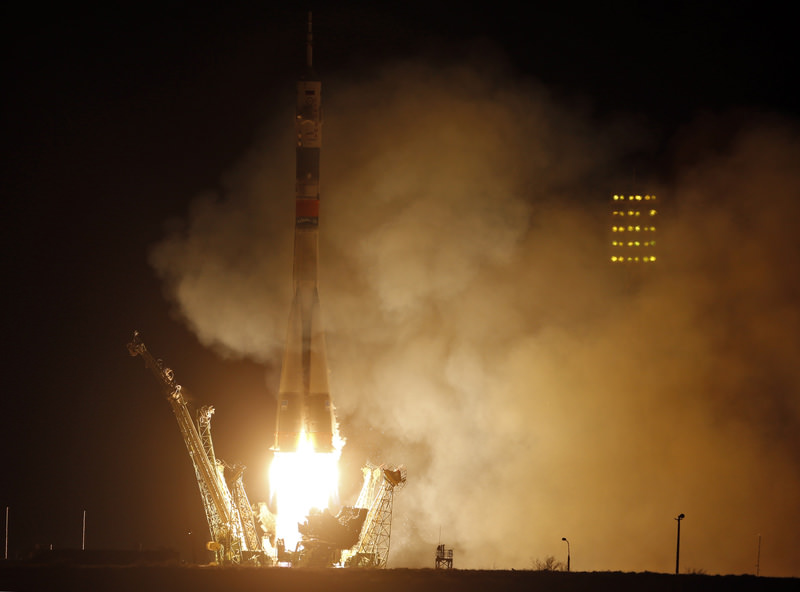 by Jun 11, 2015 12:00 am
Russia's Soyuz was expected to return three astronauts to Earth on Thursday after a mishap with the spacecraft earlier this week affected the position of the orbiting International Space Station (ISS.)

Soyuz is to depart the ISS at 1020 GMT and land in Kazakhstan at 1343 GMT Thursday, officials at Russia's flight control in Moscow told on Wednesday.

Russian and US space officials said the ISS had stabilized its position after being slightly knocked off course on Tuesday. The mishap did not change the planned day of departure.

During the "routine" test on Tuesday of communication systems between the ISS and the Russian spacecraft docked there, "Soyuz thrusters activated inadvertently," NASA said.

That led to a "slight change" in the ISS orientation which has been corrected, NASA said.

"There was no threat to the crew or the station itself," NASA said.

Returning to Earth will be ISS Commander Terry Virts of the US and two flight engineers - Anton Shkaplerov of Russia and Samantha Cristoforetti of Italy.

The three have spent 199 days in space.

The ISS on Monday had already made one adjustment to avoid a possible collision with space junk. The crew used the engines of a Russian cargo transporter, Progress, that is docked at the station.

Soyuz offers the only working transport for human astronauts to and from the space station. NASA shut down its ageing shuttle programme in 2011 and is working with private firms to develop a new spacecraft for human transport.

NASA continues to fly cargo missions to space station, which orbits an average of 400 kilometres above Earth.
Last Update: Jun 11, 2015 2:10 am
RELATED TOPICS