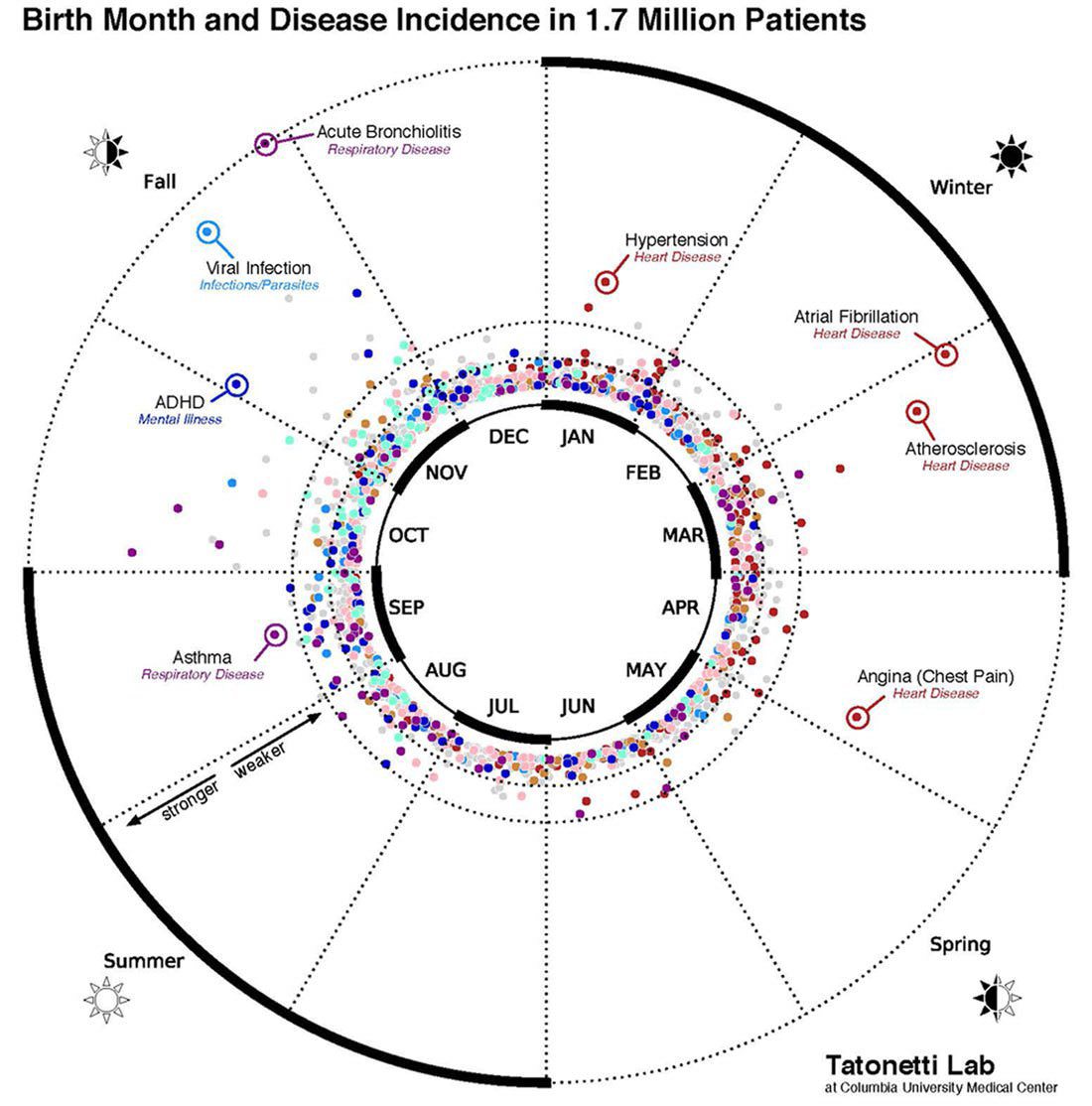 Photo Credit: Dr. Nick Tatonetti, Columbia University Medical Center
by Anadolu Agency Jun 12, 2015 12:00 am
In a study published in the Journal of the American Medical Informatics Association, scientists from Columbia University have claimed there is a connection between people's birth months and their tendency to contract or develop certain diseases.

The researchers used medical record data of 1.7 million patients that were admitted to New York-Presbyterian Hospital between 1985 and 2013, and developed an algorithm to compare their diseases with their birth months. Scientists looked at correlations between birth month and 55 diseases, from high blood pressure to asthma, and determined that people born in May are less likely to suffer from chronic diseases than those who are born in October and November.

The study showed that while people born in March and April tend to suffer from cardiovascular diseases, those born in October and November are more likely to suffer more from respiratory disorders as well as sexual and neurological diseases.

Furthermore, the study revealed that asthma is more prevalent in people who are born in July and October and attention deficit disorder is a high risk for those born in November. In her statement to an Anadolu Agency (AA) correspondent, the study's lead author, Mary Regina Boland, said the link between birth month and disease risk revealed the relationship between environmental factors and the biological mechanisms of diseases.

The young scientist also stressed that the study is crucial because it demonstrates the strong connection between certain cardiovascular diseases, such as rhythm disturbances, mitral valve prolapse and congestive heart failure, and birth month. Boland said the aim of their study is to help physicians make faster diagnoses and clear the way for new treatments.

Nicholas Tatonetti, a scientist that contributed to the study, said the data can help scientists uncover new disease risk factors.

"It is important not to get overly excited about these results because even though we found significant associations, the overall disease risk is not that great. The risk related to birth month is relatively minor when compared to more influential variables like diet and exercise," Tatonetti said. 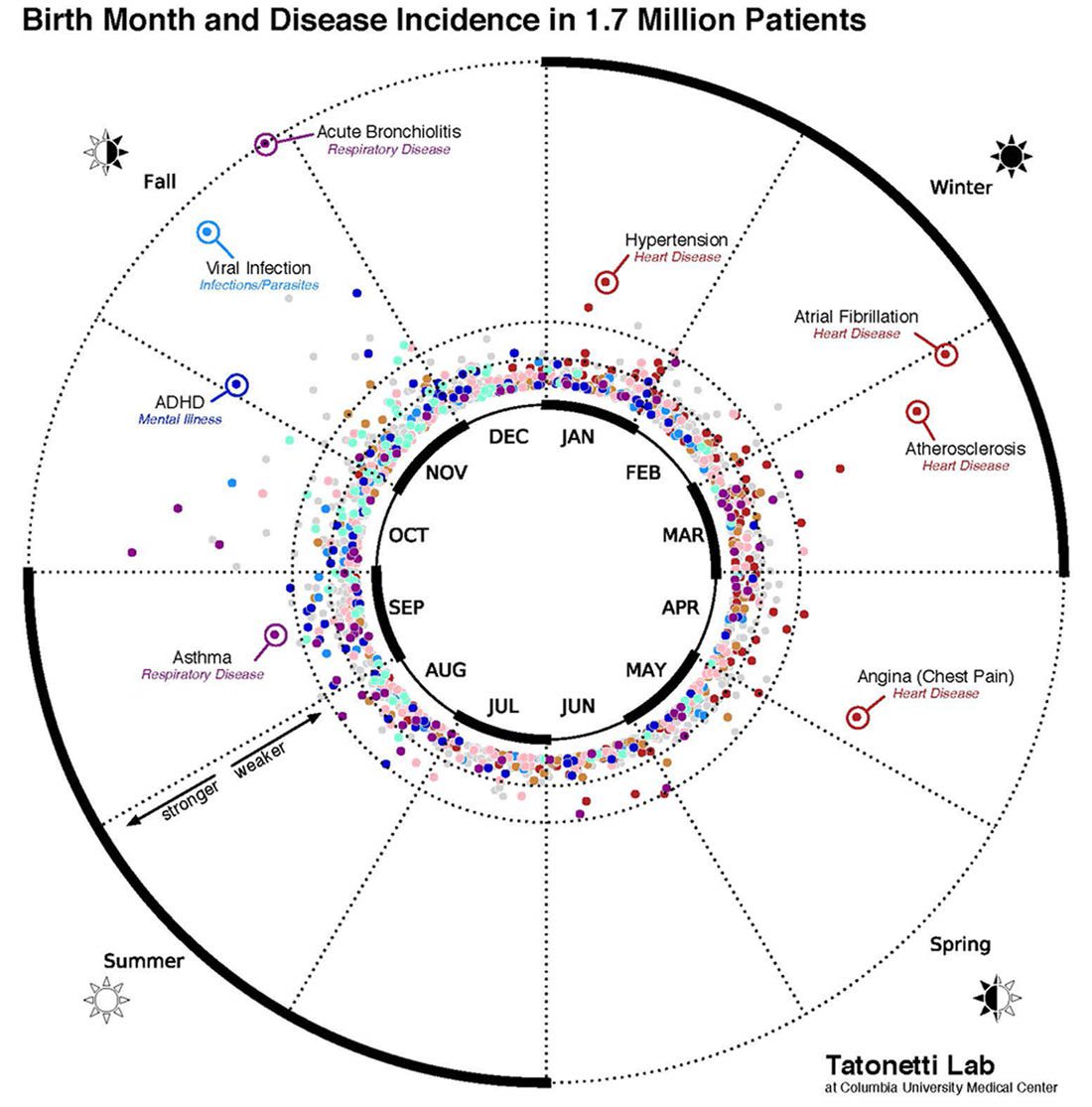