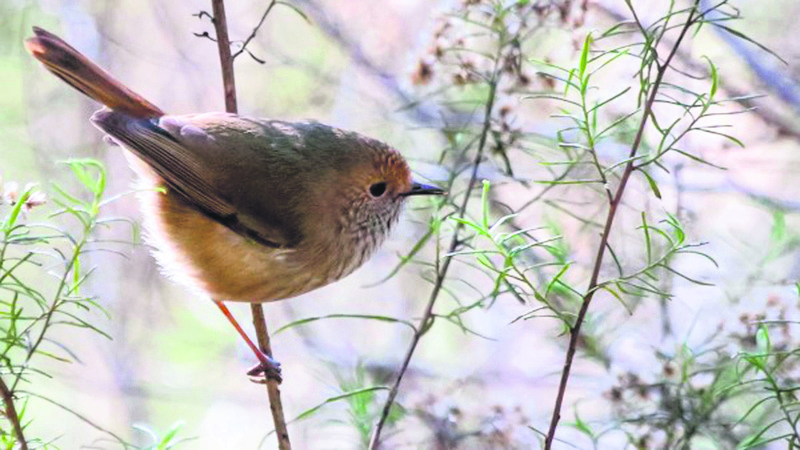 by Anadolu Agency Jun 18, 2015 12:00 am
Noah Strycker wants to break the world record for observing 5,000 bird species, and conducted his research in the wetlands in Çukurova accompanied by birdwatcher Emin Yoğurtçuoğlu. Up until now, Strycker has discovered 2,975 bird species in various countries. He aims to reach 3,000 species in Turkey, which will be a milestone for his research.

Strycker explained that his world tour started on Jan. 1 and will end on Dec. 31.

Strycker said it is an advantage that Turkey is located in the joint of three seas in terms of the variety of bird species. "Some of the bird species can be seen only here, especially the ones that live in the mountains. If everything goes the way I have planned, I will have observed 5,000 species. I am so glad to be your guest here in Turkey," he said.

Strycker said among the species he observed in Turkey, he was most influenced by the crimson-winged finch in Aladağlar and the pallid scops owl in Şanlıurfa.

Strycker is accompanied by Yoğurtçuoğlu, who has been called the "watcher who has seen more species of birds than any other person in Turkey." Yoğurtçuoğlu said that 10,000 bird species live around the world, adding: "Strycker wants to break the world record and observe 5,000 of them. If he succeeds in observing 3,000 species here in Turkey, it will bear utmost importance for Turkey, because his research will be issued all around the world. So far, 4,341 are the greatest number of species seen in a year by one person in the world. What we are doing is incredible work. I think while I accompanied Strycker, the number of species we observed was more than 150."

Yoğurtçuoğlu said that Strycker registers all the species he sees in an international databank that is used by birdwatchers worldwide. His next stop after Turkey is Spain.
Last Update: Jun 18, 2015 10:21 pm
RELATED TOPICS