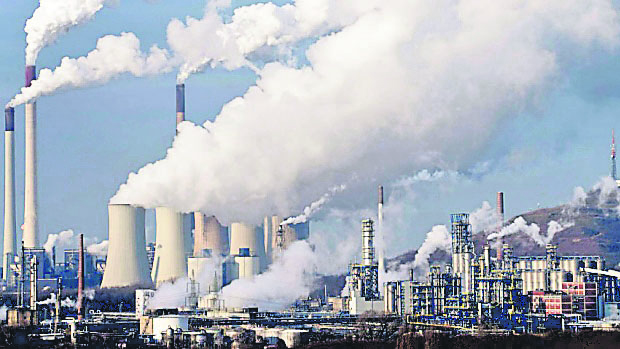 by Jul 01, 2015 12:00 am
Never before has a single species become the top predator on land and sea, and human dominance over the natural environment has caused shifts in world ecosystems unprecedented in the last 500 million years, researchers said on Tuesday.

Human activity is leading to an international decline in the variety of plants and animals through extinction, as organisms not useful to human needs are killed off by ecosystem changes or over-exploitation, according to a new study.

The biggest immediate losers will be large predators like tigers and lions while creatures domesticated by humans, includi

ng house cats, will thrive in the new world, said Jan Zalasiewicz, a professor of palaeobiology at the University of Leicester in central England, and co-author of the study.

From weather patterns altered by the burning of fossil fuels, to the loss of biodiversity through logging and urbanisation, humans are unsustainably exploiting the earth's natural wealth.

And with new technology, including selective breeding and genetic modification, humans

are now directly altering the evolution of other species, while also changing patterns in natural selection by man-made shifts in the environment, the study said.

Large extinctions or climate shifts are nothing new for the Earth, evidenced by the ice age and the disappearance of the dinosaurs, but current environmental changes represent something different, researchers said.

"Some human-made changes have genuinely not been seen before on planet Earth," Zalasiewicz told the Thomson Reuters Foundation. The research was published in the academic journal 'The Anthropocene Review' on Monday.

In the past, volcanic eruptions, complex ecological breakdowns or meteor strikes caused structural changes to the planet, he said.

In contrast, today's shifts - including climate change, ocean acidification, and the loss of biodiversity have created a "new kind of nature", he said. "Global warming as a phenomenon is just beginnin

Since 1900, extinction rates for vertebrates have been between 10 and 100 times higher than normal levels, he said. At least 468 creatures have been eliminated from the planet since then, he said, including the Costa Rican golden toad and Yangtze dolphin. Human-caused environmental changes have accelerated rapidly since the end of World War Two, as technology has advanced and resource use intensified, Zalasiewicz said. "When global warming really bites, that will rachet up the changes currently taking place," he said.