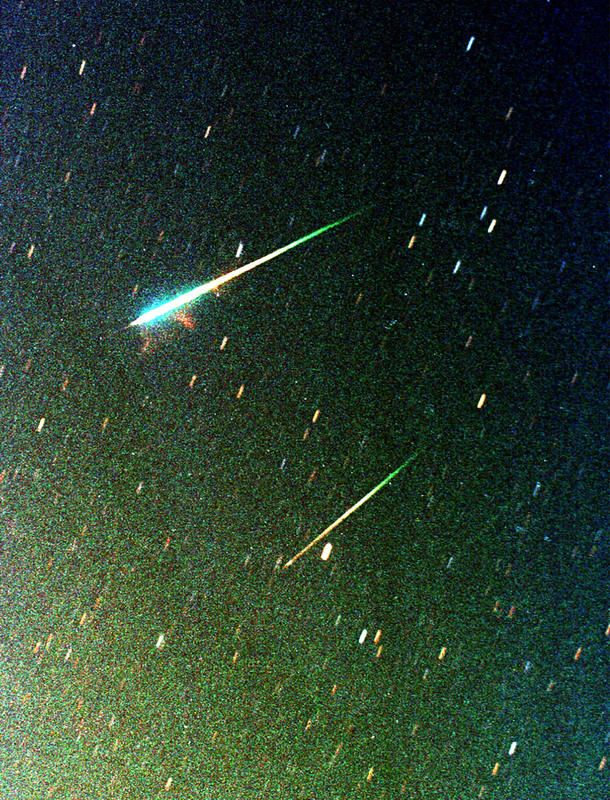 | REUTERS Photo
by Daily Sabah Jul 04, 2015 12:00 am
Philippine Atmospheric Geophysical and Astronomical Services Administration (PAGASA), the state-run weather bureau said on Wednesday that stargazers will be able to observe meteor showers and a very rare blue moon this July.

Much like the expression 'once in a blue moon,' this rare astronomical event happens when the 29-day lunar cycle aligns with the days of a month (usually 30-31days) in such a way that a full moon occurs twice within the same month.

After the first full moon on July 2, the next one -the blue moon- will take place on July 31.

Although learning that the blue moon has nothing to do with the color of the moon might disappoint some readers, the Southern Delta Aquarids meteor shower peaking July 28 to 31 will surely be a picturesque event to look forward for.

Five to ten meteors per hour are expected to be seen according to the PAGASA, but it was noted that the brightness of the moon might interfere with the visibility of some meteors.

Astronomy and space fanatics should also be on the look-out for the U.S. National Aeronautics and Space Administration's newest mission. The U.S. spacecraft "New Horizons" is also expected to make its closest approach to Pluto in the middle of July.