Rare Supermoon shines over the skies of Turkey 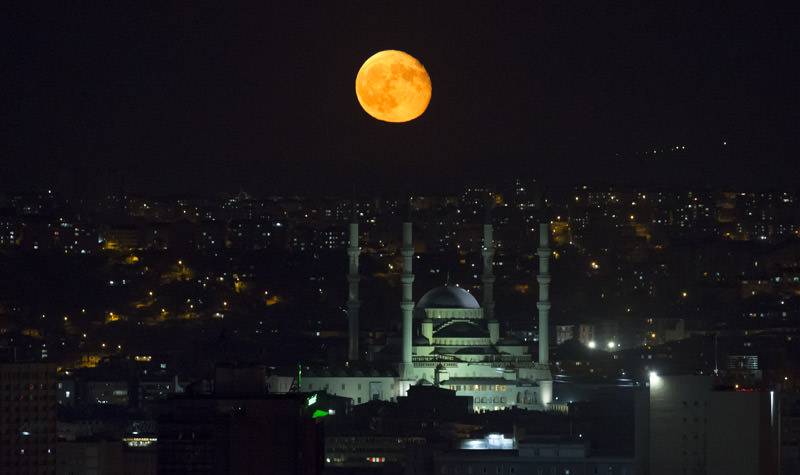 by Abdullah Kızıltaş Sep 01, 2015 12:00 am
The world is continuously changing its distance to the moon, when Earth is closest to the moon it is called the 'Supermoon'. Furthermore, when this situation occurs the moon appears quite large, producing a stunning scene in the sky.

The moon's has an elliptical orbit because the world is constantly changing its distance with earth from 357 thousand kilometers to 406 thousand kilometers. Approximately five times a year the moon passes closest to earth. Only once year there is a full moon and also at the same time a Supermoon.

Yesterday, in an elliptical orbit, the moon was 357 kilometers from earth. The moon appeared 14 percent larger than normal and 30 percent brighter.

The Supermoon appeared orange in Ankara, Mersin, Istanbul, Van and Usak. This was observed in the skies of Istanbul and also appeared in a large number of other countries from China to Croatia. These breathtaking views came from people whom have taken many photographs of the rare sight.

Experts say the Supermoon could effect the world; however, they said it was not effective enough to trigger earthquakes and natural disasters.