Oldest galaxy may have been detected 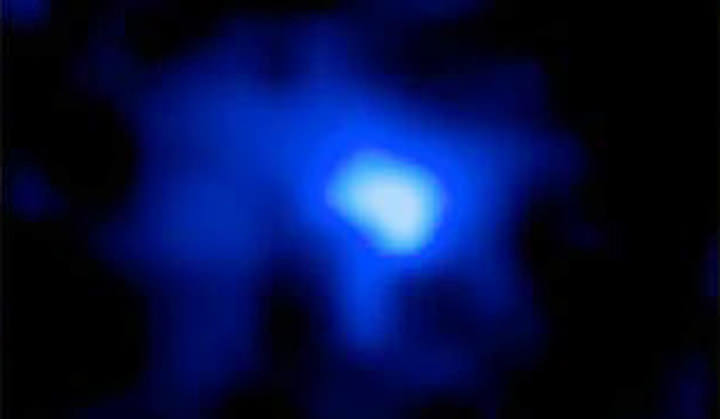 by Anadolu Agency Sep 07, 2015 12:00 am
A group of California researchers announced Friday they have found what may be the farthest galaxy yet detected - formed shortly after the universe was born.

Called EGS8p7 by astronomers, the galaxy is believed to be 13.2 billion years old. The universe is estimated to be 13.8 billion years old, meaning EGS8p7 formed just 600 million years later - not very long in cosmic terms. The galaxy's discovery was published in the journal Astrophysical Journal Letters by a NASA-sponsored team from the California Institute of Technology.

It is very difficult for scientists to identify the outer reaches of the universe because space was evolving so rapidly in its first billion years. Scientists think soon after the universe came into existence following the Big Bang, it was a chowder of electrons, protons and light particles known as photons. The photons could not transmit light because they were scattered throughout space by electrons. Roughly 380,000 years later, however, the universe had cooled enough to allow the formation of the first hydrogen atoms, which allowed light to travel through space.

When the universe was about a billion years old, the first galaxies came into being and ionized the neutral hydrogen gas. It is this ionization that allows us to capture certain radiation spectrums from other galaxies, which then reveal how old they are.

In theory, the unionized hydrogen of early galaxies like EGS8p7 should make it impossible for astronomers to date them. Researchers are still pondering why they were able to detect radiation that dates back to the formation of EGS8p7. They believe the galaxy's stars might have been unusually hot. "We are currently calculating more thoroughly the exact chances of finding this galaxy and seeing this emission from it, and to understand whether we need to revise the timeline of the reionization, which is one of the major key questions to answer in our understanding of the evolution of the universe," lead author Adi Zitrin, a NASA Hubble postdoctoral scholar in astronomy, said in a statement.
Last Update: Sep 07, 2015 1:53 am
RELATED TOPICS