Scientists transfer medicinal properties from one plant to another 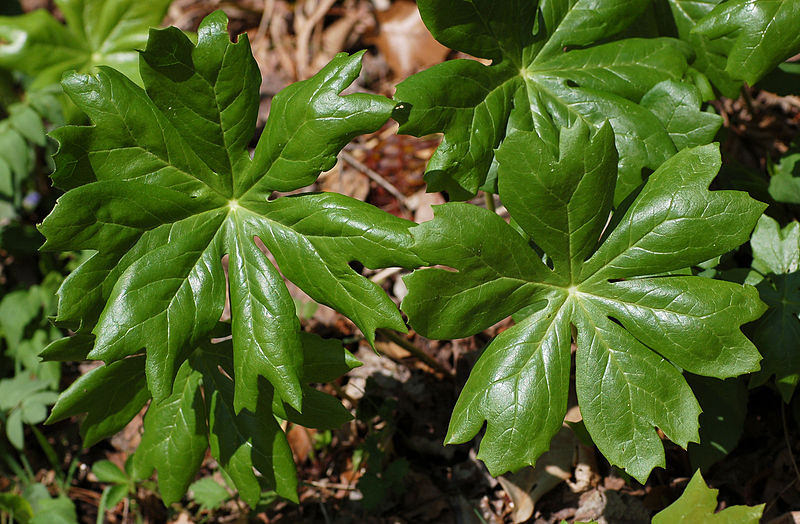 by Will Dunham Sep 12, 2015 12:00 am
A number of important drugs come from plants, but some medicinal plants are endangered or tricky to grow. For some scientists, finding ways to ensure ready access to these drugs has become a priority.

Researchers on Thursday said they have identified the genes that enable an endangered Himalayan plant to produce a chemical vital to making a widely used chemotherapy drug, and inserted them into an easily grown laboratory plant that then produced the same chemical.

The endangered plant, called the mayapple, produces a precursor chemical to the chemotherapy drug etoposide, which is used in many patients with lung cancer, testicular cancer, brain cancer, lymphoma, leukemia and other cancers.

The researchers genetically engineered the easily grown laboratory plant Nicotiana benthamiana, a wild relative of tobacco, to make the chemical. "Many plant-based drugs are not found in large quantities in nature and are difficult to make in the lab," said Stanford University chemical engineering professor Elizabeth Sattely, who led the study published in the journal Science. "Mimicking the way nature makes these molecules is a promising alternative, but to do that we need to find the genes. This can be a major challenge because plant genomes can be very large and genes are hard to find," Sattely said.

The researchers said they discovered six genes from the mayapple plant that in combination with four previously known genes produce the chemical needed to make the chemotherapy drug. "We used these genes to engineer a wild relative of tobacco to make the drug precursor and think we could also use these genes to make the drug in other easy-to-grow organisms such as yeast," Sattely said. The tobacco plant or yeast would provide the ability to produce the drug in a controlled laboratory setting. Researchers led by another Stanford scientist last month unveiled a new method to make potent painkilling opioids using bioengineered baker's yeast instead of poppies. "Producing plant-derived drugs in easy-to-grow plants or baker's yeast in many cases will be a much more efficient way to make these drugs," Sattely said. "This is currently being done for artemisinin (a malaria drug derived from the sweet wormwood plant), and will likely be the way we make morphine (derived from poppies) in the future."
Last Update: Sep 12, 2015 1:56 am
RELATED TOPICS