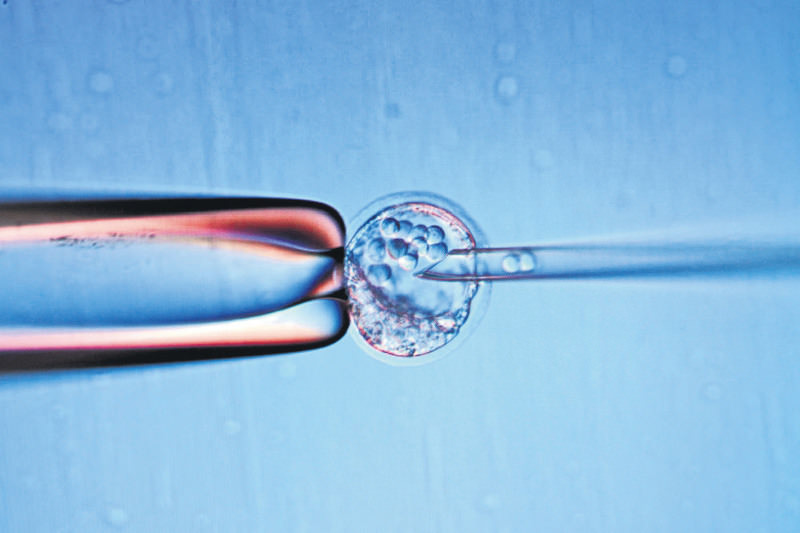 by Sep 21, 2015 12:00 am
British scientists have applied for permission to edit the genes of human embryos in a series of experiments aimed at finding out more about the earliest stages of human development.

Just months after Chinese scientists caused an international furore by saying they had genetically modified human embryos, a scientist at London's Francis Crick Institute has asked the British government's fertility regulator for a licence to carry out similar experiments.

The researcher, a stem cell scientist called Kathy Niakan, stressed she has no intention of genetically altering embryos for use in human reproduction, but is seeking to deepen scientific understanding of how a healthy human embryo develops.

"This knowledge may improve embryo development after in vitro fertilisation (IVF) and might provide better clinical treatments for infertility," she said in a statement, adding:

"Any donated embryos would be used for research purposes only."

Scientists around the world are currently debating the potential future use of new genetic technology known as CRISPR-Cas9, which allows researchers to edit virtually any gene they target, including in human embryos.

While the technology can enable scientists to find and change or replace genetic defects, critics say it also has the potential to create "designer babies" -- a concept widely viewed with disapproval.

Chinese biologists reported in April that they had carried out the first ever experiments to edit the DNA of human embryos.