Scientists learn how some fish can supercharge their vision 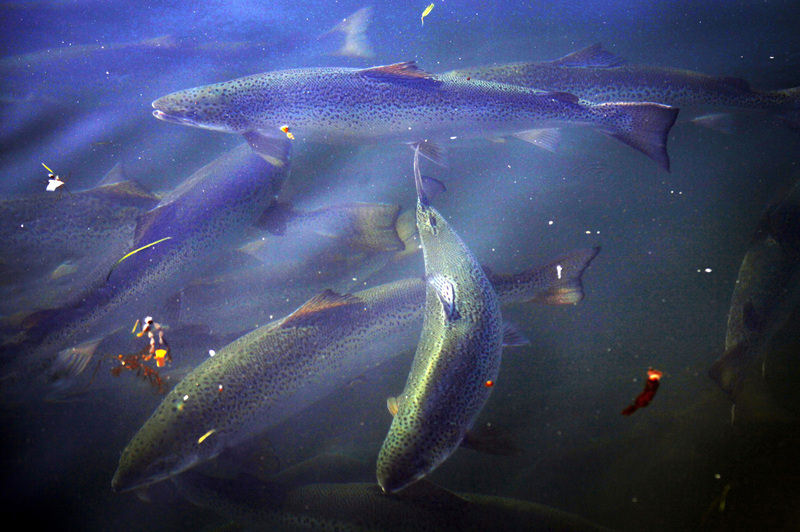 by Nov 09, 2015 12:00 am
Superman can use his X-ray vision whenever the need arises. It turns out that in real life, some fish and amphibians can do something nearly as super when it come to their sight. Researchers on Thursday said these animals, when navigating murky freshwater environments like rivers and streams, can turn on an enzyme in their eyes that supercharges their ability to see infrared light, sharpening their vision in the muck and mire.

The enzyme, called Cyp27c1, is related to vitamin A, which was already known to promote good vision, particularly in low light.

Vitamin A is a critical component of the visual pigment in eyes that facilitates sight. With the enzyme, fish and amphibians can tune their vision to match the environmental light.

Chemically, Cyp27c1 makes a small modification on the molecule of the form of Vitamin A called Vitamin A1 to turn it into Vitamin A2, shifting sensitivity of eye photoreceptors to longer wavelengths such as red and infrared light.

"Fresh water tends to be more turbid or murkier than these other environments. This murkiness filters out shorter wavelengths of light - blue, greens, and yellows - leaving mainly longer wavelengths - red and infrared light," said pathologist and vision scientist Dr. Joseph Corbo of Washington University School of Medicine in St. Louis.

"We don't know when in the course of evolution the Cyp27c1 enzyme first acquired the function it has today," Corbo said. "However, the fact that the same enzyme is used by both fish and amphibians suggests that this function originated hundreds of millions of years ago."

The researchers first pinpointed the enzyme in a common laboratory fish called the zebrafish, then found it in bullfrogs. Humans possess a copy of the gene that controls this enzyme, but it is not active in our eyes. Corbo said the enzyme possibly could be used in conjunction with optogenetic devices, which allow scientists to turn the activity of neurons on and off with light, in a new approach to treat neurological and blinding diseases. The research was published in the journal Current Biology.