First ever test-tube dogs give ‘puppy love' a new meaning 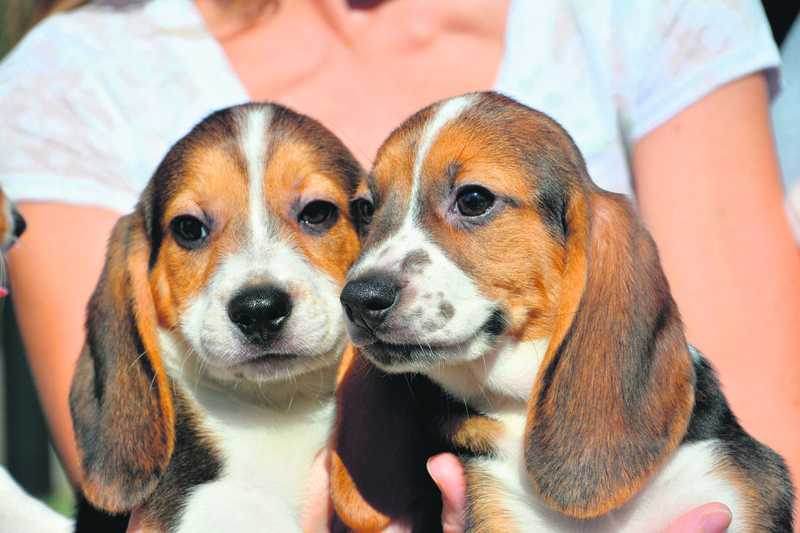 by reuters
Dec 11, 2015 12:00 am
Rarely is a major scientific breakthrough so darn cute. Researchers at Cornell University in New York State and the Smithsonian Institution in Washington, D.C., announced on Wednesday the first litter of puppies born through in vitro fertilization. The seven puppies were born on July 10 and include five beagles and two beagle-cocker spaniel mixes. The results were published on Wednesday in the science journal PLOS ONE.

The process of in vitro fertilization, in which eggs are fertilized with sperm outside the body before the embryos are implanted into a female, has been in use since the 1970s to assist in human birth. But scientists have long struggled to reproduce those results with dogs, in part because the canine reproductive cycle differs from that of other mammals.

"Since the mid-1970s, people have been trying to do in a dog and have been unsuccessful," said one of the authors, Alex Travis, the head of the laboratory at Cornell's Baker Institute for Animal Health. Female dogs only ovulate once or twice a year, and their eggs tend to be less mature at that stage, according to the research paper.

The scientists built upon an earlier success. In 2012, Travis' laboratory was able to produce Klondike, the first puppy in the Western Hemisphere to be born from a frozen embryo.

The technique could eventually be used to help breed endangered species in captivity, Travis said, for example the African painted dog.

He also said the development opens the door to detecting genetic traits that lead to disease and fixing them preemptively.

"Instead of trying to cure disease, we can help prevent it from happening in the first place," he said. The paper, whose lead author was Jennifer Nagashima, a postdoctoral fellow at the Smithsonian Conservation Biology Institute, said the research could shed light on the genetic basis for numerous disorders that affect both dogs and humans. Dogs share more than 350 similar heritable disorders and traits with humans, almost twice as many as any other species, according to the paper.
Last Update: Dec 11, 2015 1:06 am