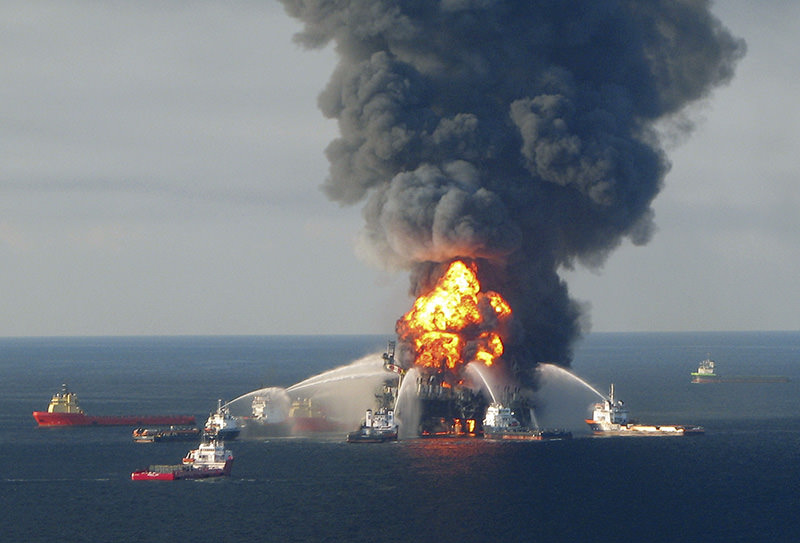 An unusually high number of baby dolphins were found dead in the Gulf of Mexico following the 2010 Deepwater Horizon disaster, and a study Tuesday blamed chronic illnesses in mothers exposed to the oil.

The study probing dolphin deaths from 2010-2014 in the coastal areas of Louisiana, Mississippi and Alabama was published in the journal Diseases of Aquatic Origin.

Researchers found "substantial differences between fetal and newborn dolphins found stranded inside and outside the areas affected by the 2010 Deepwater Horizon oil spill," the study said.

By comparing 69 young bottlenose dolphins that washed up dead in the spill zone to 26 others found in areas unaffected by the oil, the team found that the young dolphins, which died in the womb or shortly after birth, "were significantly smaller than those that stranded during previous years and in other geographic locations."

A total of 88 percent of baby dolphins found in the spill zone had lung abnormalities, including partially or completely collapsed lungs.

Just 15 percent of young dolphins found dead in areas unaffected by the spill had this lung abnormality.

Researchers said the findings suggest the dolphins died in the womb or shortly after birth, and their lungs never had a chance to fully develop and inflate.

Aftermath of a disaster

The US government estimated that 4.9 million gallons of oil spilled from the seabed after the BP-leased Deepwater Horizon suffered an explosion on April 20, 2010 that killed 11 people.

The spill is widely viewed as one of the worst environmental disasters in history.

Some 122 dolphins died from April 30, 2010 until November of that year, during the initial response to the spill.

What researchers call an "unusual mortality event" among dolphins is still being tracked, with a total of 1,591 cetaceans stranded -- 94 percent of them dead -- in the northern Gulf of Mexico as of April 3, 2016.

In addition to the baby dolphin deaths, researchers found that the spill-zone dolphins were "particularly susceptible to late-term pregnancy failures, signs of fetal distress and development of in utero infections including brucellosis," a bacterial infection.

Colegrove and colleagues have previously published research that showed spill zone dolphins were more likely than other stranded dolphins to have severe lung and adrenal gland damage "consistent with petroleum product exposure."

The new findings are yet more evidence that exposure to the Deepwater Horizon oil spill hurt the reproductive health of dolphins in the area, said co-author Teri Rowles, a veterinarian with the National Oceanic and Atmospheric Administration's Marine Mammal Health and Stranding Response Program.