How to spot a liar?: Experts give tips in spotting deception 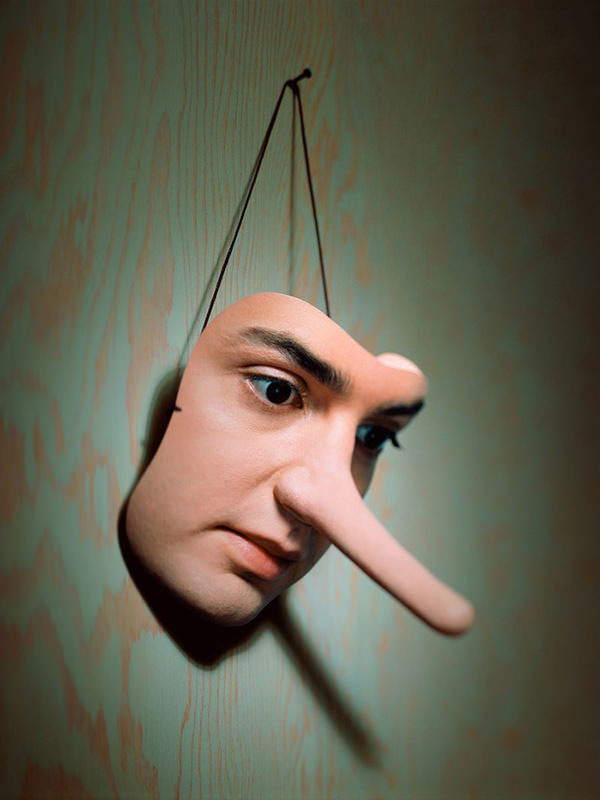 Spotting a lie isn't as quick and easy as it looks on television.

With time and training, it is possible to get a good sense of when someone is deceiving you, experts say.

"It's really about how to observe very carefully," said Pamela Meyer, author of the book "Liespotting" and chief executive officer of the private firm Calibrate, which trains people and companies about how to spot deception. "It's really not a parlor trick."

It's a skill that can be developed with practice, said David Matsumoto, a San Francisco State University professor of psychology. He's also a consultant to law enforcement and intelligence agencies and chief executive officer of Humintell, a company that trains police agencies, lawyers and businesses in how to read emotions.

Some clues to detecting deception:

There is no magic tell or giveaway, Meyer and Matsumoto said. There are hints — or "leakage," as Meyer calls it — but they aren't the same for everyone.

What experts look for is change from truth-telling to deception, but not one specific change. So they need a baseline, a sense of what people look and talk like when their guard is down and they are telling the truth.

While it is possible to get a baseline with 20 seconds to 30 seconds of observation, it works better with more time. Different people have different baselines. Some people can act nervous — especially when being questioned by police — even if they are telling the truth.

Once a normal is established, the idea is to ask open-ended questions and look for cues, changes in verbal and nonverbal behavior, Meyer said.

Look for changes in language and grammar, Matsumoto said. Meyer points to distancing language, such as Bill Clinton's "I did not have sexual relations with that woman, Miss Lewinsky."

Liars may split hairs, decline to answer, change the subject or tone, protest a question, even put up their hands while protesting, Meyer said.

Also, look for extraneous information. That's often is a clue of deception, but not always, Matsumoto said.

Police will ask for a disjointed or backward timeline of someone they are interrogating, he said. Constructed fake memories are done in chronological order so they are harder to call up backward.

There's a myth that fidgeting is a sign of lying, Meyer said. Some people naturally fidget or naturally freeze. The key is change, not a specific action, she said.

That said, look at the face, Matsumoto recommended: "If something happens in the face it can happen anywhere" on the face.

"Research has shown that the bulk of messages in any action is communicated nonverbally," Matsumoto said.

Meyer tells people to look at the smile. A real smile is seen in the eyes, a fake smile is only in the mouth. Also watch for a smile of contempt with one lip corner curled, as if the liar thinks he or she is getting away with something, Meyer said.

The National Academy of Sciences gave a decidedly mixed review to the usefulness of polygraphs, especially as a means of screening out potential security threats in advance.

A 2003 report said that if the person being examined isn't trained in countermeasures that can fool a lie detector machine, "specific-incident polygraph tests can discriminate lying from truth telling at rates well above chance, though well below perfection."

But the same report said "almost a century of research in scientific psychology and physiology provides little basis for the expectation that a polygraph test could have extremely high accuracy."

Matsumoto said much research points to the quality of the polygraph examiner, not the machine itself, as the most important factor.

"My family gave up a long time ago trying to lie to me," he said.