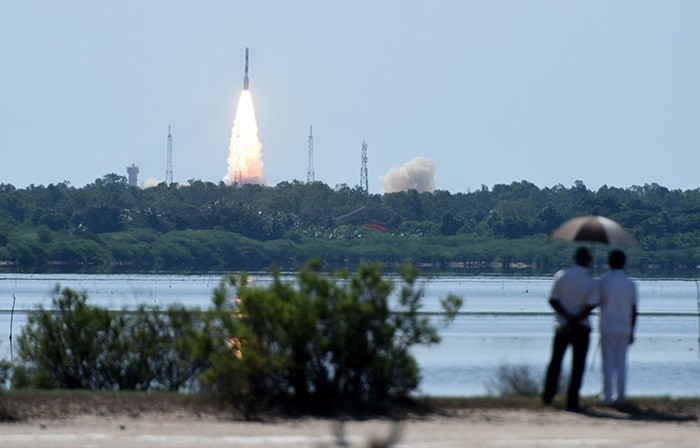 Largest mission in its history, India successfully launched the Cartosat-2 satellite for mapping the earth's surface along with 19 other satellites at from the Satish Dhawan Space Centre off India's east coast.

India has launched 20 satellites into orbit in a single mission on Wednesday, the government's Press Information Bureau (PIB) said.

In the largest mission in Indian history, the Indian Space Research Organisation (ISRO) successfully launched the Cartosat-2 satellite for mapping the earth's surface along with 19 other satellites at from the Satish Dhawan Space Centre off India's east coast.

"My heartiest congratulations to you and your entire team. The nation is proud of this achievement which has demonstrated, yet again, India's increasing space capabilities," said Indian President Pranab Mukherjee.

A PIB statement said that 17 of the satellites were launched for customers from other countries, the majority being from the U.S.