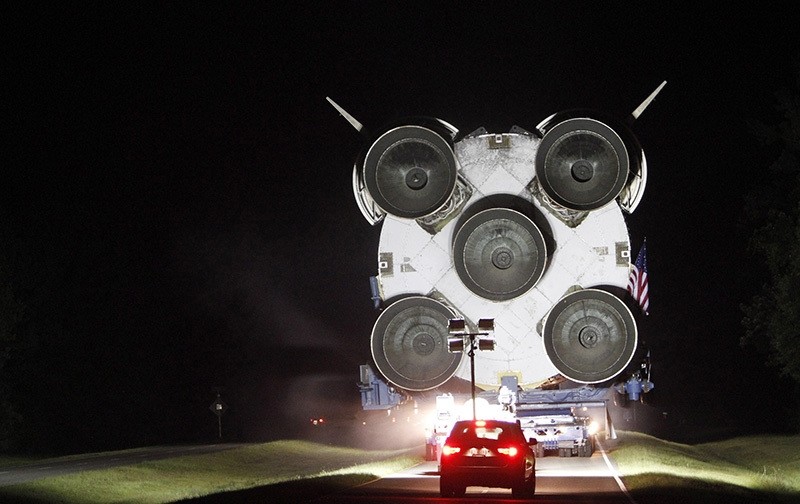 The historic S-IC-15 Saturn V rocket has never made it to the moon, but it has found its new home in Mississippi's John C. Stennis Space Center (SSC), a facility owned by the National Aeronautics and Space Administration (NASA).

In 1973, the Saturn V was supposed to launch Apollo 19 to the moon, but since the mission was cancelled due to budget cuts, the rocket never left its place at the Michoud Assembly Facility in Louisiana.

45 years later, the rocket is finally on the move — this time, it's coming home.

The very same Saturn V had undergone its initial testing at the SSC, which is located on the banks of the Pearl River on the Mississippi-Louisiana border and is NASA's biggest rocket engine test facility.

The transportation on June 16 from the Michoud Assembly Facility to the SSC was as historic as the Saturn V itself. According to NASA's press release, the Saturn V, 138 feet long and 33 feet in diameter, was transported by water from the facility to SSC.

The press release also stated that the rocket was moved on June 20 to the SSC's visitor center, the INFINITY Space Center in Pearlington, Mississippi for public display.

Different Saturn V rockets were used to launch Apollo missions 8-17. After the Apollo 13's oxygen tank exploded on its way to the moon, the remaining Apollo missions were reorganized and the last three missions — 18, 19, and 20 — were cancelled.

There are currently four other Saturn V's on display. Two of these rockets reside at the United States Space and Rocket Center in Huntsville, Alabama, one at the Johnson Space Center in Houston, Texas, one at the Kennedy Space Center Visitor Complex in Merritt Island, Florida, and one at the National Air and Space Museum in Washington, D.C.