Earth-like planet found around a nearby star 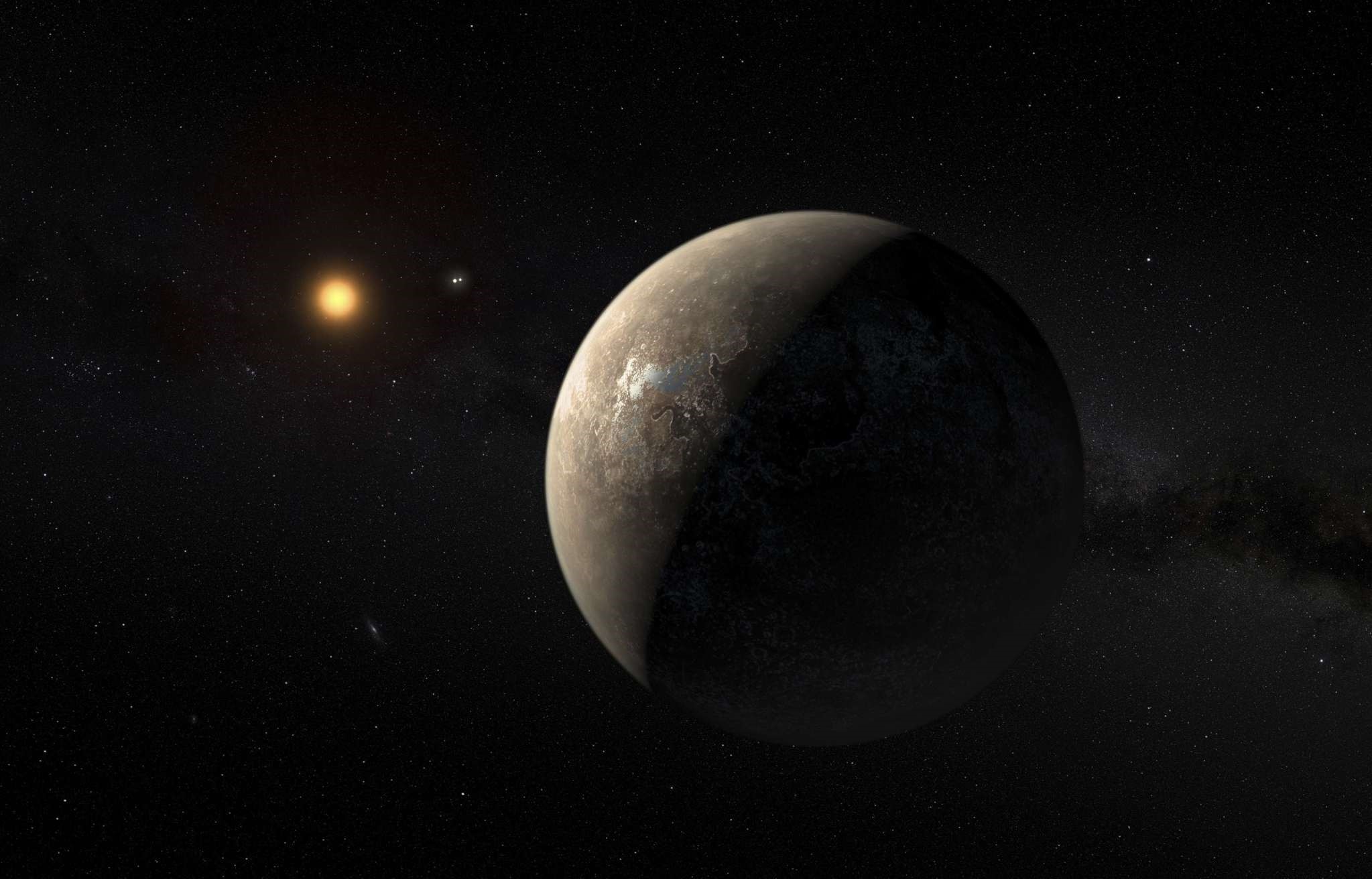 Scientists Wednesday announced the discovery of an Earth-sized planet orbiting the star nearest our Sun, opening up the glittering prospect of a habitable world that may one day be explored by robots.

Named Proxima b, the planet is in a "temperate" zone compatible with the presence of liquid water -- a key ingredient for life.

The findings, based on data collected over 16 years, were reported in the peer-reviewed journal Nature.

"We have finally succeeded in showing that a small-mass planet, most likely rocky, is orbiting the star closest to our solar system," said co-author Julien Morin, an astrophysicist at the University of Montpellier in southern France.

"Proxima b would probably be the first exoplanet visited by a probe made by humans," he told AFP.

An exoplanet is any planet outside our Solar System.

Lead author Guillem Anglada-Escude, an astronomer at Queen Mary University London, described the find as the "experience of a lifetime".

Working with European Southern Observatory telescopes in the north Chilean desert, his team used the so-called Doppler method to detect Proxima b and describe its properties.

They revealed that the star alternately moved towards and away from our Solar System at the pace of a leisurely stroll, about five kilometres (three miles) per hour.

After cross-checking an inconclusive 2000-2014 dataset and eliminating other possible causes, the researchers determined that the tug of an orbiting planet was responsible for this tiny to-and-fro.

"Statistically, there is no doubt," Anglada-Escude told journalists in a briefing.

"We have found a planet around Proxima Centauri."

Proxima b is a mere four light years from the Solar System, meaning that it is essentially in our back yard on the scale of our galaxy, the Milky Way.

It has a mass around 1.3 times that of Earth, and orbits about seven million kilometres (4.35 million miles) from its star.

A planet so near to our Sun -- 21 times closer than Earth -- would be an unlivable white-hot ball of fire.

But Proxima Centauri is a so-called red dwarf, meaning a star that burns at a lower temperature.

As a result, the newly discovered planet is in a "Goldilocks" sweet spot: neither so hot that water evaporates, nor so cold that it freezes solid.

But liquid water is not the only essential ingredient for the emergence of life.

An atmosphere is also required, and on that score the researchers are still in the dark.

It all depends, they say, on how Proxima b evolved as a planet.

"You can come up with formation scenarios that end up with and Earth-like atmosphere, a Venus-like atmosphere" -- 96 percent carbon dioxide -- "or no atmosphere at all," said co-author Ansgar Reiners, an expert on "cold" stars at the University of Goettingen's Institute of Astrophysics in Germany.

Computer models suggest the planet's temperature, with an atmosphere, could be "in the range of minus 30 Celsius (-22 Fahrenheit) on the dark side, and 30C (80F) on the light side," Reiners told journalists.

Like the Moon in relation to Earth, Proxima b is "tidally locked," with one face always exposed to its star and the other perpetually in shadow.

Emerging life forms would also have to cope with ultraviolet and X-rays bombarding Proxima b 100 times more intensely than on Earth.

An atmosphere would help deflect these rays, as would a strong magnetic field.

But even high doses of radiation do not preclude life, especially if we think outside the box, scientists say.

"We have to be very open-minded as to what we call 'life'," Jean Schneider, an expert on exoplanets at the Observatoire de Paris, told AFP.

Some 3,500 exoplanets have been discovered since the first confirmed sighting in 1995.

Most of these distant worlds -- like our own Jupiter and Neptune -- are composed of gas, an inhospitable environment for life.

Even the 10 percent that do have rocky surfaces are mostly too cold or too hot to host water in liquid form.

And -- until today -- the handful that are in a temperate zone are effectively beyond reach.

Last year, for example, NASA unveiled Kepler 452b, a planet about 60 percent larger than Earth that could have active volcanoes, oceans, sunshine like ours, and a year lasting 385 days.

But at a distance of 1,400 light-years, humankind would have little hope of reaching this Earth-twin any time soon.

By comparison, Proxima b is a stone's throw away, though still too far away for humans to visit with present-generation chemical rockets.

"This is a dream for astronomers if we think about follow up observations," said Reiners.