An explosion destroyed a Falcon 9 rocket belonging to Elon Musk's SpaceX during routine test firing at Cape Canaveral in Florida on Thursday, shaking buildings miles (km) away and sending a thick plume of black smoke pouring into the air.

SpaceX said there were no injuries but that an "anomaly" during the static fire test resulted in the loss of the rocket and the Israeli communications satellite it had been due to carry into space at the weekend.

People in buildings several miles from the facility wrote on social media that they felt the explosion, but local authorities said residents were not at risk.

"There is NO threat to general public from catastrophic abort during static test fire at SpaceX launch pad," the Brevard County Emergency Management Office said in a tweet.

Robin Seemangal, a space reporter with the Observer newspaper, quoted a source at the facility who told him it felt like the building they were in had been hit by lightning.

"We actually thought the building was collapsing, it shook us so bad," Seemangal wrote in a tweet, quoting his source.

SpaceX had been due to launch its 29th Falcon 9 rocket before dawn on Saturday, carrying into orbit the AMOS-6 communications satellite owned by Israel's Space Communication. 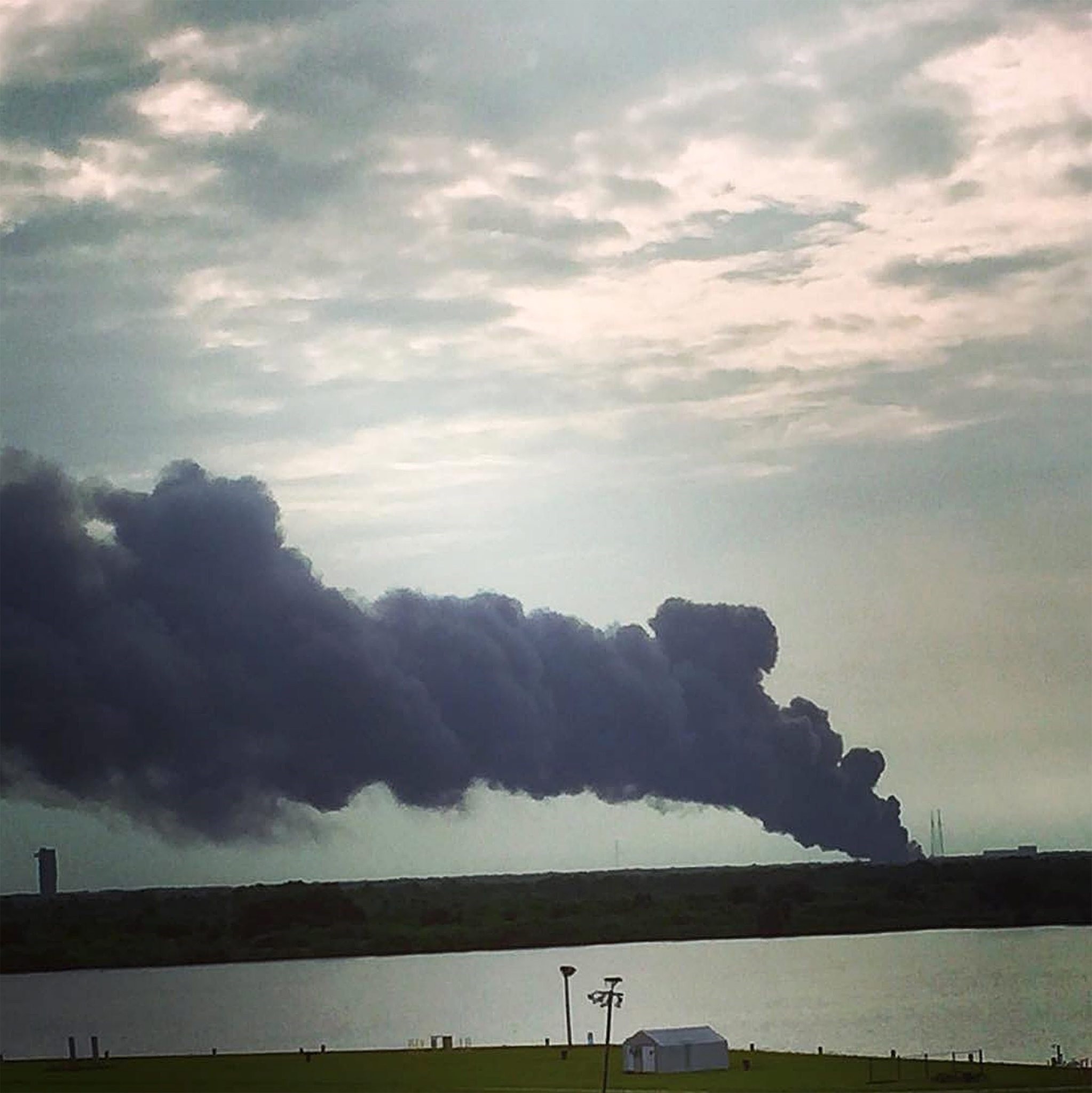 People in buildings several miles from the facility wrote on social media that they felt the blast, and posted images showing flames and a plume of thick black smoke coming from the site.

Facebook would have been among the customers for bandwidth on that satellite. The social media network said last year that, in partnership with Eutelsat Communications, it would boost data connectivity to large parts of Sub-Saharan Africa.

A Spacecom spokesman said in an email that the company "does not have a comment yet on the situation in Florida."

Beijing Xinwei Technology Group (600485.SS) has agreed to buy Spacecom for $285 million, the companies said last week. The companies had said the deal is contingent on the successful launch of the AMOS-6 satellite, and the completion of its in-orbit tests.

It was not immediately known to what extent SpaceX's launch pad was damaged or what the impact would be on the dozens of NASA and commercial satellite missions on its launch schedule.

"NASA still is assessing what impacts, if any, the incident will have on future missions," spokesman Michael Curie said in an email.

SpaceX said on Wednesday it had signed its first customer to use a previously flown Falcon 9 rocket, but that launch was not due until later this year and the rocket that exploded on Thursday had never been flown before.

SpaceX had recovered from a June 2015 launch accident that destroyed a load of cargo headed for the International Space Station.

The pad where SpaceX's rocket was being prepared for launch is one of two operated by the company. Its other site is at Vandenberg Air Force Base in California.

SpaceX also has leased one of the old space shuttle launch pads at the Kennedy Space Center, adjacent to SpaceX's current launch site. A fourth U.S. site is under construction in Texas.

Musk founded SpaceX in 2002 with the goal of slashing launch costs to make travel to Mars affordable. The company plans to fly its first unmanned spacecraft to Mars in 2018 and send humans to Mars as early as 2024.

Musk is expected to unveil details of his Mars program at the International Astronautical Congress in Guadalajara, Mexico, next month.