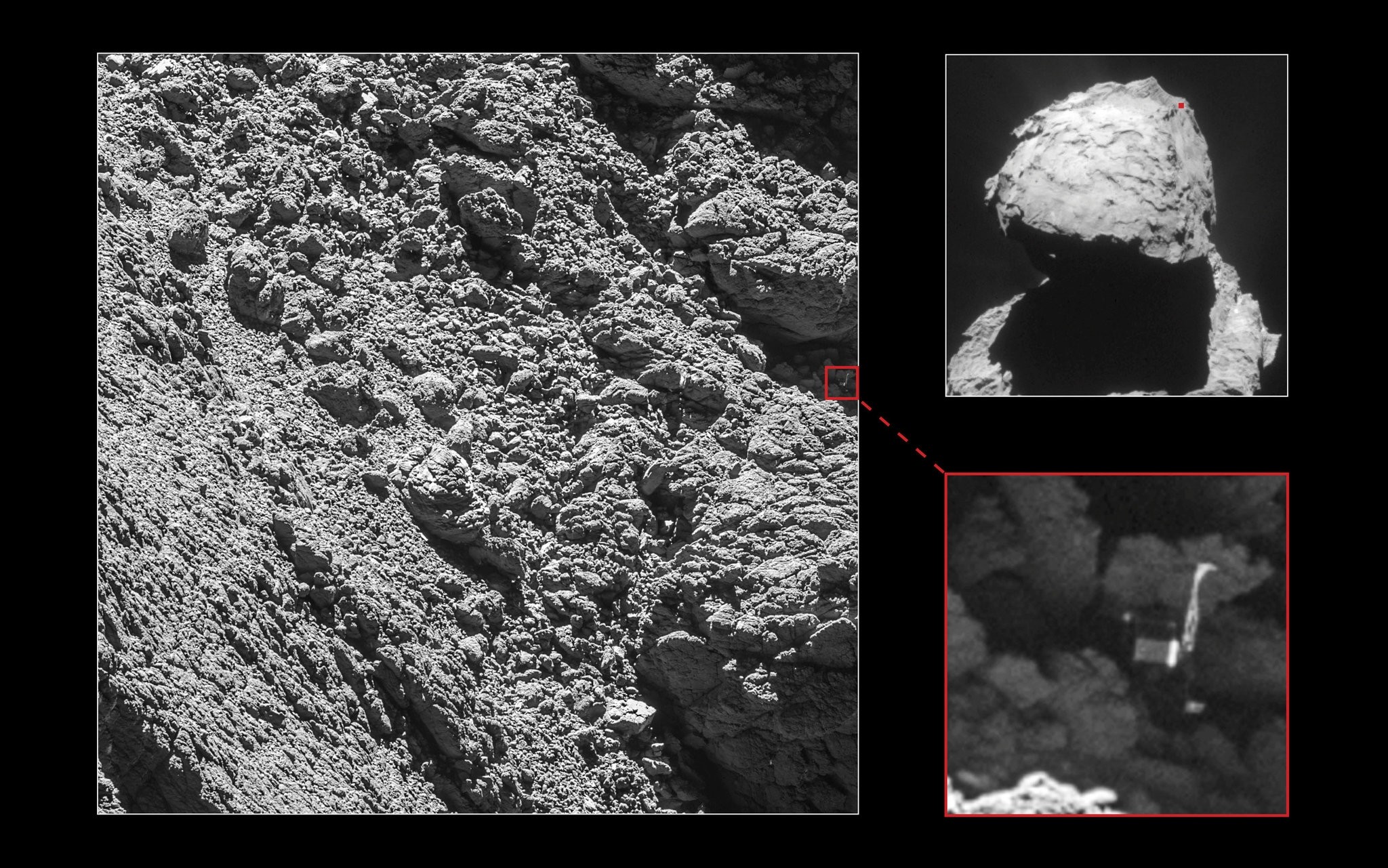 High-resolution cameras on the European Space Agency's (ESA) Rosetta spacecraft have found space probe Philae, which landed on a comet nearly two years ago only to lose power because its solar-driven batteries were in the shade.

Images taken from Rosetta at a distance of 2.7 km (1.7 miles) showed Philae wedged into a dark crack on Comet 67P/Churyumov-Gerasimenko, the ESA said on Monday.

Philae landed on the comet in November 2014 in what was considered a remarkable feat of precision space travel but the metre-sized, 100 kg (220 lb) probe bounced several times before getting stuck against a cliff wall.

Scientists could tell its approximate whereabouts on the comet thanks to radio ranging data but not its precise location. This year they gave up hope of restoring contact with the probe. 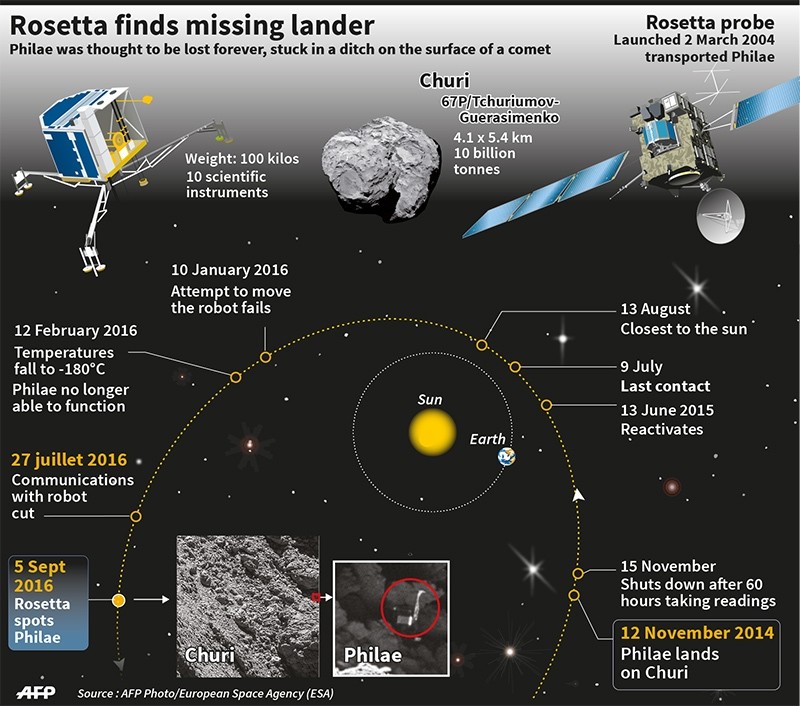 While Philae did not have as much time as was hoped for experiments, information it has collected is reshaping thinking about comets and the project has helped in designing future missions.

"This wonderful news means that we now have the missing 'ground-truth' information needed to put Philae's three days of science into proper context, now that we know where that ground actually is," ESA's Rosetta project scientist, Matt Taylor, said in a statement.

Scientists expect to get a final glimpse of Philae later this month, when Rosetta snaps some pictures during close fly-bys, before crash-landing on the comet itself on Sept. 30, ending its 12-year space odyssey.