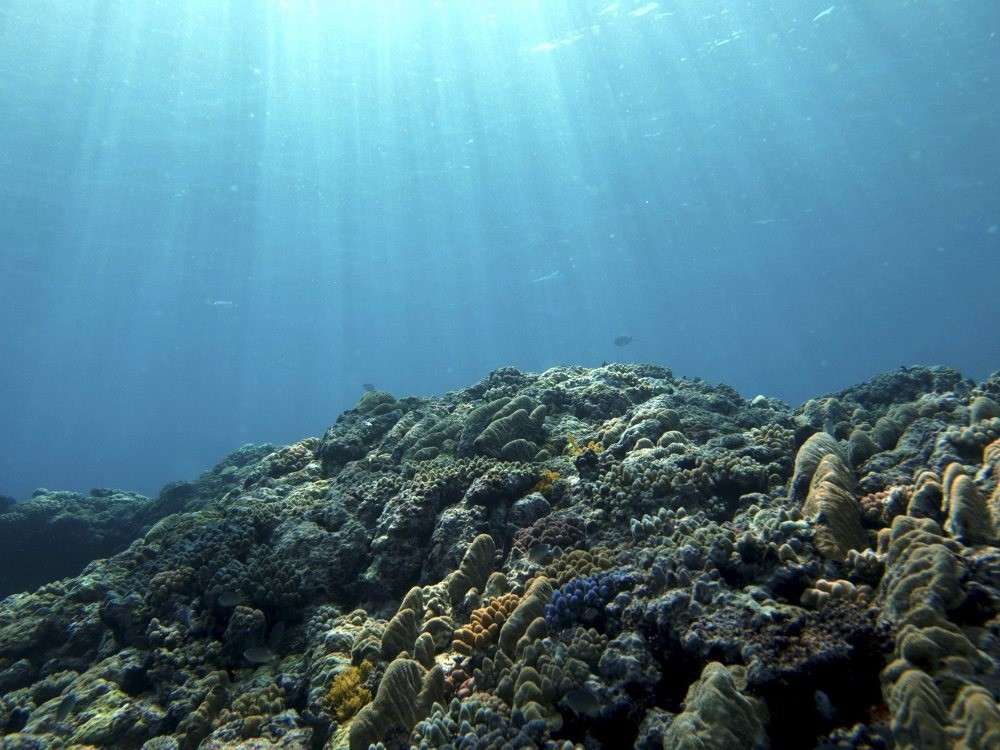 by Sep 07, 2016 12:00 am
Global warming is making the oceans sicker than ever before, spreading disease among animals and humans and threatening food security across the planet, a major scientific report said on Monday.

The findings, based on peer-reviewed research, were compiled by 80 scientists from 12 countries, experts said at the International Union for Conservation of Nature (IUCN) World Conservation Congress in Hawaii. "We all know that the oceans sustain this planet. We all know that the oceans provide every second breath we take," IUCN Director General Inger Andersen told reporters at the meeting, which has drawn 9,000 leaders and environmentalists to Honolulu.

"And yet we are making the oceans sick." The report, "Explaining Ocean Warming," is the "most comprehensive, most systematic study we have ever undertaken on the consequence of this warming on the ocean," co-lead author Dan Laffoley said. The world's waters have absorbed more than 93 percent of the enhanced heating from climate change since the 1970s, curbing the heat felt on land but drastically altering the rhythm of life in the ocean, he said.

"The ocean has been shielding us and the consequences of this are absolutely massive," said Laffoley, marine vice chair of the World Commission on Protected Areas at IUCN. The study included every major marine ecosystem, containing everything from microbes to whales, including the deep ocean. It documents evidence of jellyfish, seabirds and plankton shifting toward the cooler poles by up to 10 degrees latitude. The movement in the marine environment is "1.5 to five times as fast as anything we are seeing on the ground," Laffoley said. "We are changing the seasons in the ocean."

The higher temperatures will probably change the sex ratio of turtles in the future because females are more likely to be born in warmer temperatures. The heat also means microbes dominate larger areas of the ocean. "When you look overall, you see a comprehensive and worrying set of consequences," Laffoley said.

The study includes evidence that ocean warming "is causing increased disease in plant and animal populations," it said.

Pathogens such as cholera-bearing bacteria and toxic algal blooms that can cause neurological illnesses such as ciguatera poisoning spread more easily in warm water, with direct impact on human health. "We are no longer the casual observers in the room," Laffoley said. "What we have done is unwittingly put ourselves in the test tube where the experiment is being undertaken."

The report highlights the need for swift action on renewable energies, experts said. "We need to cut greenhouse gases," said Carl Gustaf Lundin, director of the global marine and polar program at IUCN. "There is no doubt in all our minds that we are the cause of this," he added. "We know what the solutions are. We need to get on with it."
RELATED TOPICS