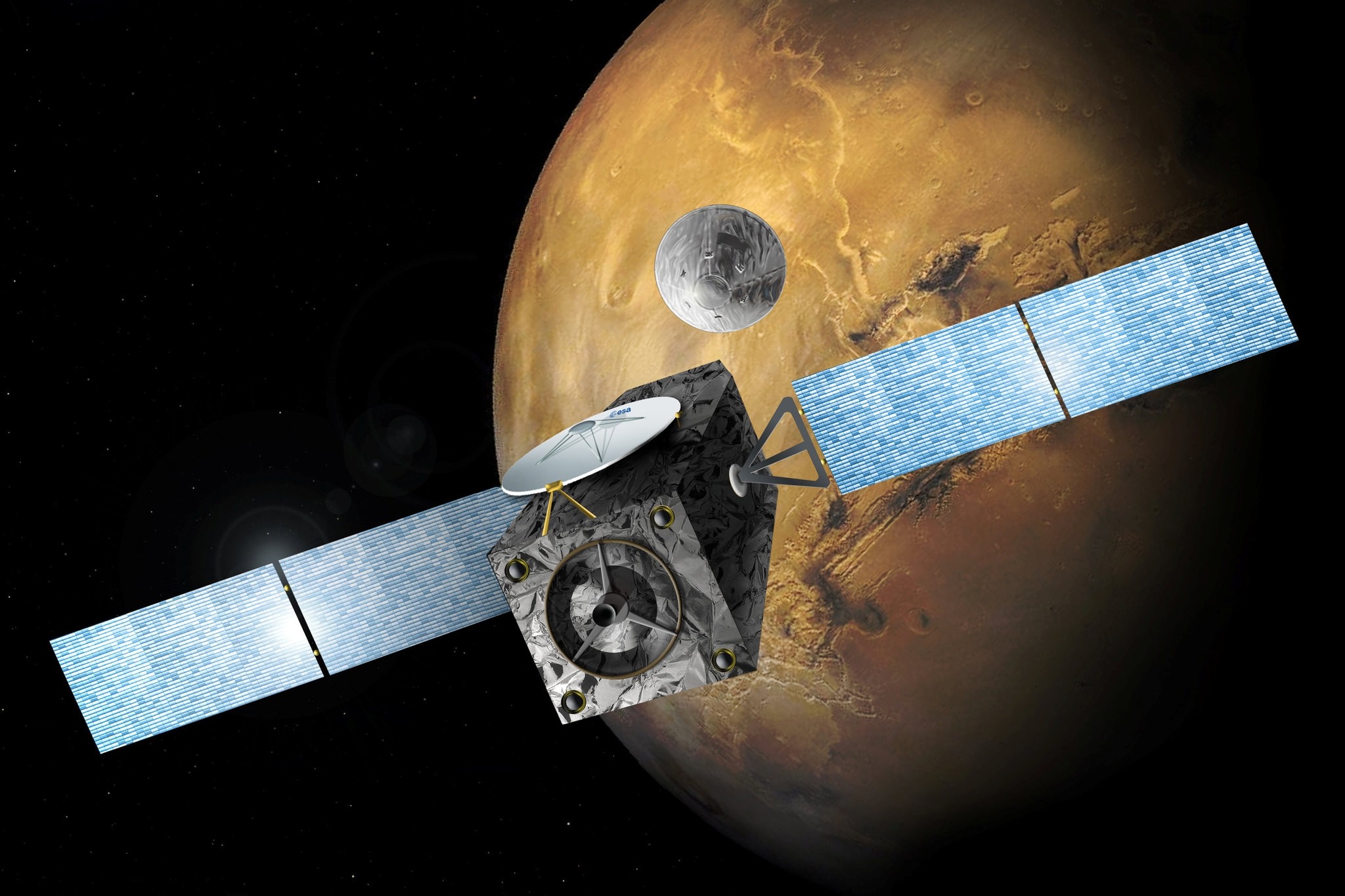 An illustration released by the European Space Agency (ESA) shows the Schiaparelli EDM lander. (REUTERS Photo)
by Compiled from Wire Services Oct 19, 2016 12:00 am

A senior European Space Agency official says that the signal from the experimental Schiaparelli probe cut off before its landing on Mars, which he says isn't a good sign.

He cautioned that more analysis of the data was needed to understand what had happened to the experimental lander during Wednesday's descent.

He says it is too soon to jump to conclusions but "it's clear that these are not good signs."

He said that an update is expected on Thursday.

"We have to wait a little bit to see what happens with the test lander. But this (mission) is already a success so far," European Space Agency (ESA) Director General Jan Woerner had said earlier at ESA's Space Operations Centre in Darmstadt, Germany.

The lander is named after Giovanni Schiaparelli, the Italian astronomer who in 1877 began mapping the topography of Mars, extending the study of what are now known as the planet's canals, a mistranslation of the Italian word canali, or channels.

Schiaparelli is part of the European-Russian ExoMars programme, which will search for signs of past and present life on Mars and represents only the second European attempt to land a craft on the red planet. Britain's Beagle 2 was ejected from the Mars Express spacecraft in 2003 but never made contact after failing to deploy its solar panels upon landing.

At the time it was dubbed "a heroic failure".

Landing on Mars, Earth's neighbour some 35 million miles (56 million km) away, is a notoriously difficult task that has bedevilled most Russian efforts and given NASA trouble as well.

A seemingly hostile environment on Mars has not detracted from its allure, with U.S. President Barack Obama recently highlighting his pledge to send people to the planet by the 2030s.

Entrepreneur Elon Musk's SpaceX is developing a massive rocket and capsule to transport large numbers of people and cargo to Mars with the ultimate goal of colonising the planet, with Musk saying he would like to launch the first crew as early as 2024.

The primary goal of ExoMars is to find out whether life has ever existed on Mars. The spacecraft on which the Schiaparelli lander travelled to Mars, Trace Gas Orbiter (TGO), carries an atmospheric probe to study trace gases such as methane around the planet.

Scientists believe that methane, a chemical that on Earth is strongly tied to life, could stem from micro-organisms that either became extinct millions of years ago and left gas frozen below the planet's surface, or that some methane-producing organisms still survive.

"If there is life in our solar system beyond Earth, then Mars is the most interesting planet," ESA's Woerner said.

The second part of the ExoMars mission, delayed to 2020 from 2018, will deliver a European rover to the surface of Mars. It will be the first with the ability to both move across the planet's surface and drill into the ground to collect and analyse samples.

The ExoMars 2016 mission is led by the European Space Agency (ESA), with Russia's Roscosmos supplying the launcher and two of the four scientific instruments on the trace gas orbiter. The prime contractor is Thales Alenia Space, a joint venture between Thales and Finmeccanica.

The cost of the ExoMars mission to ESA, including the second part due in 2020, is expected to be about 1.3 billion euros ($1.4 billion). Russia's contribution comes on top of that.