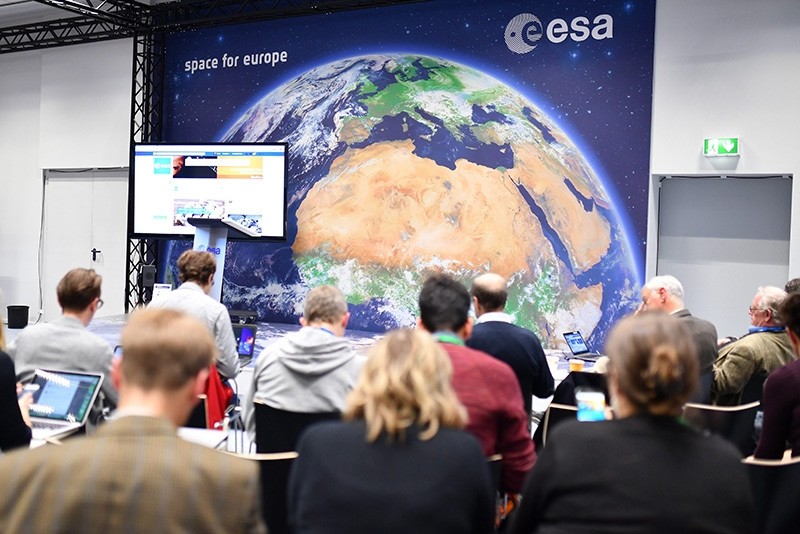 The lander functioned "flawlessly" up to a certain point, the European Space Agency confirmed, but then it did not behave "as expected" after the deployment of the parachute phase.

Schiaparelli fell silent seconds before its scheduled touchdown, while its mothership Trace Gas Orbiter (TGO) entered Mars' orbit as planned -- part of a joint European-Russian quest for evidence of life on the Red Planet, past or present.

"We are not in a position yet to determine the dynamic condition at which the lander touched the ground," European Space Agency (ESA) head of solar and planetary missions Andrea Accomazzo told a webcast press briefing at mission control in Darmstadt, Germany.

Further analysis must be done of some 600 megabytes of data Schiaparelli sent home before its signal died, to "know whether it survived structurally or not."

If not, this would be Europe's second failed Mars landing in a row, joining a string of unsuccessful attempts by global powers to explore our planetary neighbour's hostile surface.

The British-built Beagle 2 robot lab disappeared without trace after separating from its mothership, Mars Express, in 2003. Its remains were finally spotted in a NASA photograph last year.

The pair comprise phase one of the ExoMars mission through which Europe and Russia seek to join the United States in probing the alien Martian surface.

The TGO is meant to sniff atmospheric gases potentially excreted by living organisms, while Schiaparelli's landing was designed to inform technology for a bigger and more expensive rover scheduled for launch in 2020.

The six-wheel rover will be equipped with a drill to look for remains of past life, or evidence of current activity, up to a depth of two metres.

While life is unlikely to exist on the barren, radiation-blasted surface, scientists say traces of methane in Mars' atmosphere may indicate something is stirring underground -- possibly single-celled microbes.

"Schiaparelli" was scheduled to touch down at 1448 GMT Wednesday after a scorching, supersonic dash through the thin atmosphere of Mars, some 170 million kilometres from Earth.

For a safe landing, it had to brake from a speed of 21,000 kilometres (13,000 miles) per hour to zero, and survive temperatures of more than 1,500 degrees Celsius (2,730 degrees Fahrenheit) generated by atmospheric drag.

It was equipped with a discardable, heat-protective "aeroshell" to shield it, and a parachute and nine thrusters with which to brake its fall.

A crushable structure in its belly was meant to cushion the final impact.

"It could be that this parachute phase has been terminated too early then we were far too high, or we have had a behaviour during the parachute phase that led the lander to be far too low," Accomazzo said.

"The thrusters were confirmed to have been briefly activated, although it seems likely that they switched off sooner than expected," added an ESA press statement.

Since the 1960s, more than half of US, Russian and European attempts to operate craft on the Martian surface have failed.

Europe has budgeted 1.3 billion euros ($1.4 billion) for its share in the ExoMars project.

ESA director-general Jan Woerner stressed the successful orbit-insertion of the TGO, scheduled to start its gas-sniffing science mission in 2018.

"We have an impressive orbiter around Mars ready for science," he said, adding that Schiaparelli's primary role was to test landing technology.

"Recording the data during the descent was part of that and it is important that we can learn what happened, in order to prepare for the future."