The science of love: A biological explanation 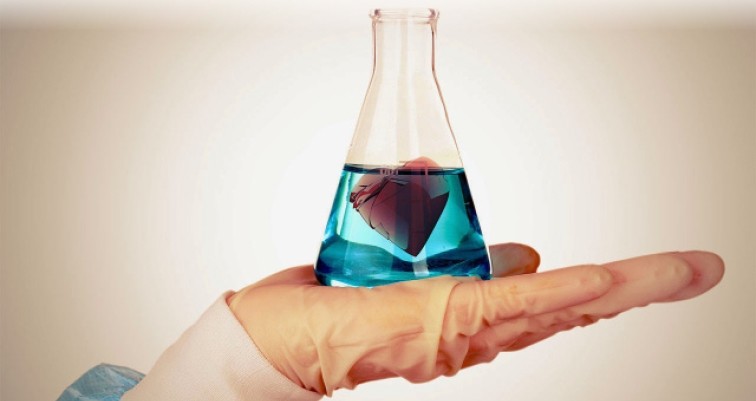 Falling in love can make you feel like the happiest person in the world. For scientists, this sweet phenomenon poses interesting questions and conducted studies have shown love is a biological process involving more science than magic

Emotions reveal themselves by showing various effects on our bodies. To illustrate, when you fall in love, you may feel butterflies in your stomach, your heart starts beating fast and you constantly feel excited for no reason.

Love shares a proven chemistry with hormones and this situation carries that feeling beyond being just an emotion. Numerous studies conducted on people in love points to the changes developing in dopamine, serotonin, and noradrenaline levels.

When you fall in love, you cannot think about someone else other than your loved one and you become so focused that you cannot even see that person's mistakes, which is a result of low level of serotonin excreted in the body. A study conducted at the University Collage of London on patients with Obsessive Compulsive Disorder (OCD) found that these people have low levels of serotonin just like those who are in love. The lower level of the serotonin hormone makes you become focused and you cannot stop thinking about the person you are infatuated with. So, is love some kind of disease?

When you fall in love, your excitement level escalates, you are head over heels and you feel very happy. Dopamine is the hormone responsible for all these. When you fall in love, excessive secretion of dopamine triggers noradrenaline. Conducting studies on love, anthropologist Helen Fisher of Rutgers University reported that the concurrent secretion of these hormones causes joy, intense energy, insomnia, deprivation, decrease in appetite and increase in concentration, and stressed that when a person is in love, the body starts releasing "the elixir of love," which consists of these hormones. During a research in which they studied the chemistry of love, Fisher and her team scanned the brain functions of people in love. For this study, people were shown photos of their loved ones and their simultaneous brain functions were observed. According to documented results, increased blood levels have been detected in the brain regions that are rich in dopamine receptors.

It is a known fact that people's dependency on their loved ones increases gradually. This situation is caused by the excessive secretion of two hormones known as oxytocin and vasopressin. Oxytocin is even released during the delivery of a baby. Playing an important role in the establishment of the relationship between mother and baby, these hormones help both the mother and baby to establish an emotional connection with one another.

Scientists, who are curious about the structure of love, which causes numerous changes in the human body, have also examined the concept of "attraction," the first step toward love. How can an ordinary person differ from others? When and for whom is love, the emotion responsible for changing the body's entire chemistry, activated? Why are some people found attractive while others do not seem appealing? We can reverse this question. Why do we find some qualities attractive and why are we not so interested in others?

Recent studies indicate that the oxidative stress, which causes the oxygen in our body to burn in the cellular level, is the main element related to attraction. A study conducted by psychologists on men who were found attractive by a majority of women proved that these men have the lowest levels of oxidative stress. Aside from oxidative stress, another factor that makes us look attractive is anti-oxidants.

Based on science, some qualities that give rise to attraction cannot be acquired later. However, weaknesses can develop in time, leading to an increase in that person's level of attractiveness. One of the most important examples of this situation is the difference you see when looking at old photographs of the person you currently find attractive. This theory has been supported with many studies that cover the factors of attraction on the faces of new-born babies. These studies suggest that physical attraction is actually the biological signal for being healthy.

The extent of attractiveness is measured based on visual and emotional parameters including face shape, hair color, anatomical appearance and pheromone receptor, an excreted chemical factor that triggers a social response in members of the same species. Certain studies examining the subjects have found that fluctuating asymmetry is an important factor in attractiveness. In other words, people with symmetrical body features are found more attractive.

A study carried out by scientists at New Mexico University some time ago examined a sample of healthy men aged between 18 and 38 and tested their association with fluctuating asymmetry and physical attractiveness. Certain bilateral features including ear width, ear height, wrist width, elbow width, lengths of four fingers and foot breadth were measured and compared. The men's urine was tested for oxidative stress and hormones. Later, a group of women were asked to rate images of the men's bodies and faces for physical attractiveness. The study results demonstrate that the participant women found men with lower oxidative stress more attractive than the others. Men with more symmetrical bodies had lower levels and were rated as more attractive.
RELATED TOPICS