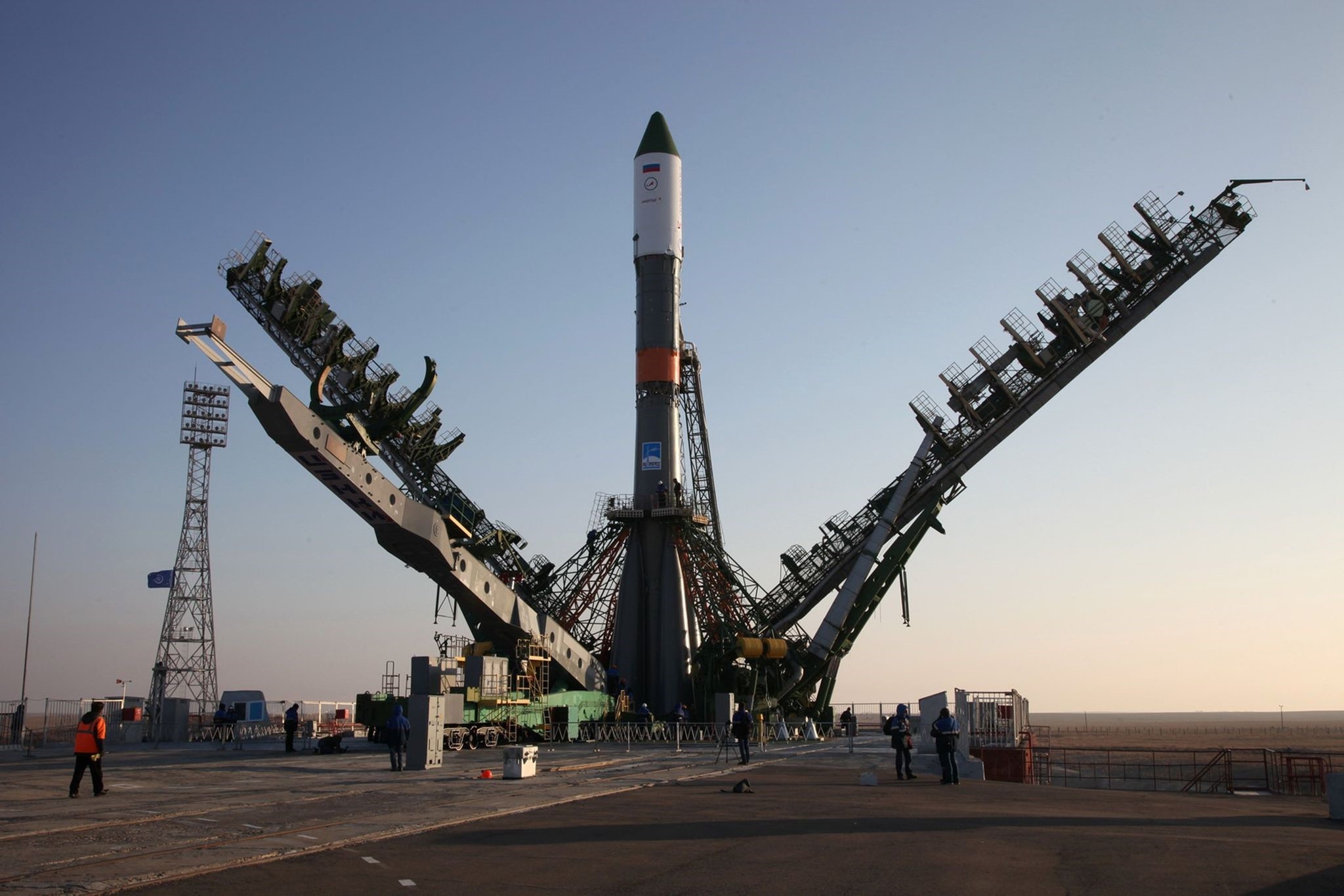 Service towers move towards the Soyuz-U carrier rocket with the cargo ship Progress MS-04 lifted on the launch pad at the Russian-leased Baikonur cosmodrome in Kazakhstan on November 29, 2016. (AFP Photo)
by French Press Agency - AFP
Dec 01, 2016 12:00 am

An unmanned cargo ship travelling to the International Space Station burned up in the atmosphere shortly after lauching Thursday, the Russian space agency said, raising concerns over space travel safety.

"According to preliminary information, as a result of an abnormal situation, the cargo ship's loss occurred some 190 kilometres above the remote, unpopulated mountainous territory of (Russia's) Tuva region, and most fragments burned up in dense layers of the atmosphere," Roscosmos said in a statement.

Roscosmos said earlier Thursday that it had lost contact with the Progress MS-04 ship 383 seconds after it launched from the Baikonur cosmodrome in Kazakhstan, and that its specialists were looking into the problem.

The space agency said the loss of the cargo ship will "not affect the normal operations of the ISS systems and the subsistence of the station's crew".

NASA meanwhile said on its website that supplies at the space laboratory are "at good levels".

The cargo ship, which had been scheduled to arrive at the ISS on Saturday, was carrying 2.4 tonnes of fuel, food and equipment when it took off from Baikonur, Roscosmos said.

The Russian agency said a state commission would probe the incident but did not say whether it would affect future launches.

This latest incident represents the second failed launch of a Progress cargo ship in less than two years.

In April 2015 a Progress ship disintegrated as it plummeted to Earth, a failure Russia blamed on a problem with a Soyuz rocket.

The incident saw Russia put all space travel on hold for nearly three months and forced a group of astronauts to spend an extra month on the ISS.

Russia said at the time that because the same type of rocket is used for manned ships, all issues with Progress resupply missions needed to be thoroughly investigated before any manned vessels could be launched.

Russia sends three or four such spacecraft per year to supply the ISS. After making their delivery, they plummet back to Earth, burning up in the atmosphere above the Pacific Ocean.

The launch followed that of Russians Andrei Borisenko and Sergei Ryzhikov and American Shane Kimbrough in October, which was pushed back by nearly a month due to technical issues.

Technical mishaps have complicated plans to extend the periods during which the ISS is fully staffed with six astronauts.

Russia's Soyuz capsules offer the only way for global astronauts to reach the space station since the American space shuttle programme was retired in 2011.

The space laboratory, where a range of research is carried out, has been orbiting Earth at about 28,000 kilometres per hour (17,000 miles per hour) since 1998.