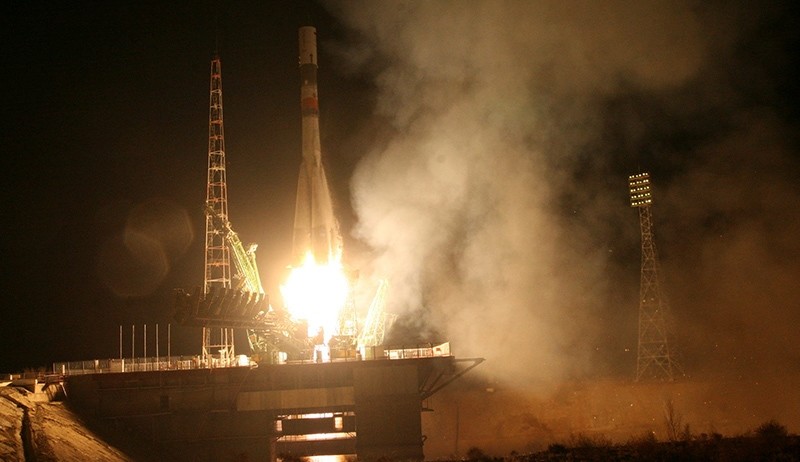 A Russian Progress MS-04 space cargo ship with food and supplies for the International Space Station blasts off from the launch pad at the Baikonur cosmodrome, Kazakhstan, December 1, 2016 (Reuters Photo)
by Associated Press Dec 02, 2016 12:00 am

Russian emergencies workers are combing the mountains near the border with Mongolia for the debris of a cargo spaceship that crashed minutes after its launch.

The Emergencies Ministry's branch in the republic of Tuva said Friday it's using drones to search for fragments of the unmanned Progress MS-04 craft that crashed Thursday less than 7 minutes after its launch from Russia's space complex in Baikonur, Kazakhstan. There has been no indication of any damage in the sparsely populated area.

The craft was carrying 2.5 metric tons of supplies to the International Space Station.

Russian space officials haven't yet identified the reason for the crash, but believe it was caused by the failure of the Soyuz-U booster rocket's third stage engine.

It was the third failed Progress launch since 2011.