2 billion year-old water source discovered at mine in Canada 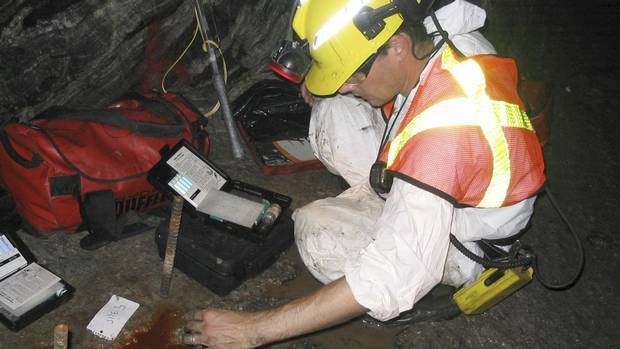 Scientists at the University of Toronto have discovered the world's oldest water deep down a mine in Ontario province, reports said on Wednesday.

According to reports presented at the fall meeting of the American Geophysical Union in San Francisco, scientists found a 2 billion-year-old water source beneath the 1.5-billion-year-old water found in 2013 at a depth of 2.4 kilometers in Kidd Mine, which had been recognized as the world's oldest.

Professor Barbara Sherwood Lollar from the University of Toronto, who leads the project, reportedly said that the finding in 2013 pushed them to keep exploring, so they dug deeper and found the oldest source of water at 3 kilometers.

"When people think about this water they assume it must be some tiny amount of water trapped within the rock," Lollar told the BBC.

"But in fact it's very much bubbling right up out at you. These things are flowing at rates of liters per minute – the volume of the water is much larger than anyone anticipated" she added.

Lollar noted that if such water sources could be found in ancient rocks on earth, it could mean that similar processes could make life on Mars possible.