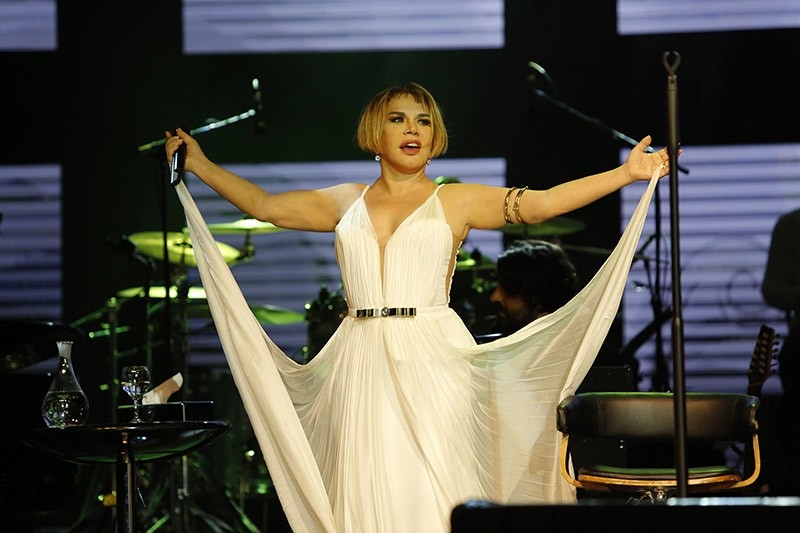 For Turks, Sezen Aksu is not someone who can be described as just a pop-star. She is, without doubt, one of the most influential women's voices alive in Turkish pop music, both with her singing and songwriting skills. And now her fame will live on in an actual space object, on a meteorite that would otherwise be known as "266854."

Leading French astronomer Jean Claude Merlin recounted his story of naming the meteorite after Aksu in an interview with the Turkish daily Habertürk.

On October 24, 2009, Merlin was conducting research at his home, guiding a telescope located in the U.S. state of Arizona through his computer. He came across the meteorite, which required a name in order for it to be recorded by the International Astronomical Union.

Merlin found the name for the meteorite when he heard Aksu singing her 2008 song "Kutlama" (Celebration) as he was watching the 2010 movie "Mine Vaganti" (Loose Cannons), directed by renowned Turkish director Ferzan Özpetek. He said that he was "seduced" by the song.

The article states that the rules for naming space objects are very simple; they should not exceed 16 letters, should be easy to pronounce in different cultures, and should not be named after an individual involved in politics or the military. Merlin differs from many other astronomers – who name their discoveries after their favorite scientist or after themselves – as he usually names his discoveries after artists he admires.

"When I'm asked why I name meteorites after people who are still alive, my answer is, because this is a very good way to make people happy!" Merlin said.

Stating that he had messaged with Aksu a couple of times after naming the meteorite after her, Merlin said that he is definitely her fan.
Last Update: Feb 02, 2017 2:34 pm
RELATED TOPICS