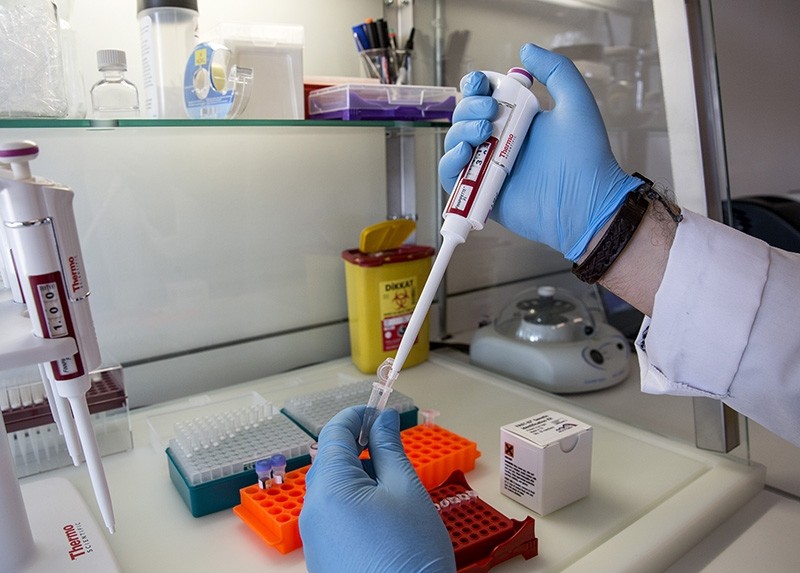 The kit developed by Assoc. Prof. Huseyin Onay will decrease the time needed to get results from DNA tests. (AA Photo)
by Anadolu Agency Feb 10, 2017 12:00 am

Turkish scientist Assoc. Prof. Hüseyin Onay from Ege University's Faculty of Medicine, achieved to decrease the time of DNA profiling test to 34 minutes with a kit he developed, which is normally done in 6 hours.

"Normally the test is done in 6 hours minimum. The FBI does it in approximately 2 hours. We are in the middle of a research and development process and we have reached 34 minutes," he told Anadolu Agency on Thursday in an exclusive interview.

Onay added that right now they are the fastest in doing the test.

He stressed that it is possible to make %100 accurate identity detection with the DNA test.

Onay added the test is used today in forensics medicine but its potential usage areas also include the financial sector and passport controls at borders. 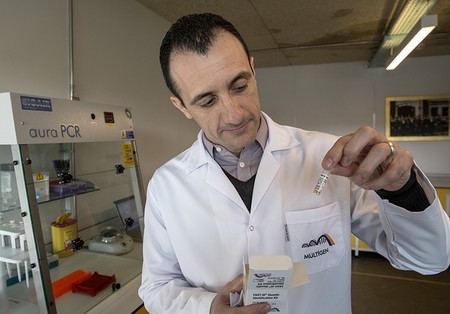 "It could be used instead of a passport. Our dream is this: You will put your saliva sample on a special paper and in minutes your identity will be detected, thanks to a very quick device," Onay said.

He added that their goal is doing the test in 30 minutes at first, then decreasing the time to 10 minutes and finally to 5 minutes.

Onay is continuing his works at a company he founded 1,5 years ago inside the technopark of Ege University campus in Turkey's Aegean city of Izmir. He has conducted nearly 100,000 genetic tests in the last 15 years.