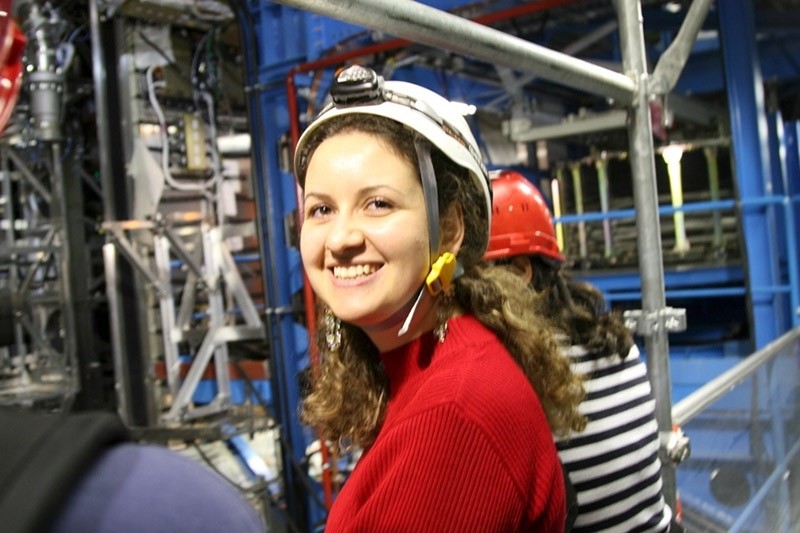 Turkish scientist Bilge Demirkoz has been identified as one of the 15 women recipients of the International Rising Talent grants awarded annually as part of the L'Oreal-UNESCO for Women in Science program.

An associate professor of physics at Ankara-based Middle East Technical University, Demirkoz, born in Istanbul in 1980, has been chosen for her work on space radiation, according to a Turkish Foreign Ministry source who cannot be named due to restrictions on talking to the media.

She is set to receive the award at a ceremony that will be held on March 23 in Paris.

Bilge Demirkoz, who studied at MIT, Oxford, Cambridge and CERN for 15 years before coming back to Turkey five years ago, studies particle physics, which studies the fundamental building blocks of matter and the forces and interactions between them.

"It is also commonly called High Energy Physics (HEP) since in most cases these fundamental particles need special high energetic circumstances to create and study them," according to a description on METU's website.

"The best theoretical model that explains the nature well up to high precision is known as the Standard Model (SM) which is however an effective low energy realization of a more fundamental theory.

"With the discovery of the Higgs boson in July 4, 2012 at the Large Hadron Collider at CERN near Geneva, the Standard Model has been finally concluded," it says.