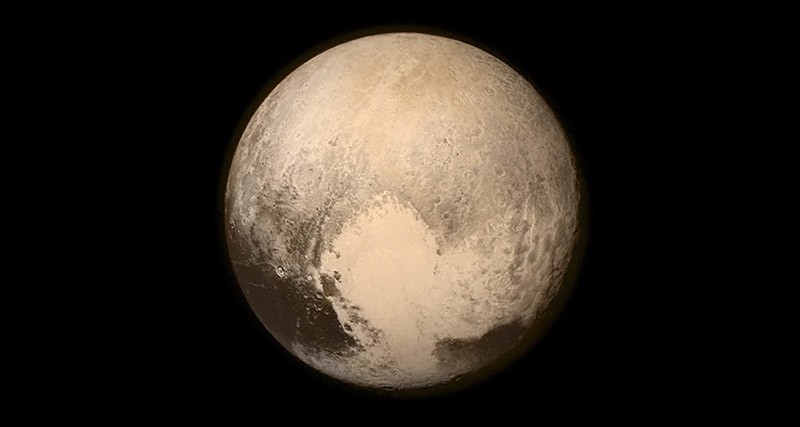 A team of scientists seeking to restore Pluto to planethood launched a campaign on Tuesday to broaden the astronomical classifications which led to its demotion to a "dwarf planet" a decade ago.

Six scientists from institutions across the United States argued that Pluto deserves to be a full planet, along with some 110 other bodies in the solar system, including Earth's moon.

In a paper presented at an international planetary science conference at The Woodlands, Texas, the scientists explained that geological properties, such as shape and surface features, should determine what constitutes a planet.

In 2006, the International Astronomical Union, struggling with how to classify a newly discovered icy body beyond Pluto, adopted a definition for a planet based on characteristics that include clearing other objects from its orbital path.

Pluto and its newfound kin in the solar system's distant Kuiper Belt region were reclassified as dwarf planets, along with Ceres, the biggest object in the asteroid belt between Mars and Jupiter. The decision left the solar system with eight planets.

But this definition sidelines the research interests of most planetary scientists, said the paper's lead author, Kirby Runyon, a doctoral candidate at Johns Hopkins University.

Runyon said he and other planetary scientists are more interested in a planet's physical characteristics, such as its shape and whether it has mountains, oceans and an atmosphere.

"If you're interested in the actual intrinsic properties of a world, then the IAU definition is worthless," he said by phone.

Runyon and colleagues argue that the IAU does not have the authority to set the definition of a planet.

"There's a teachable moment here for the public in terms of scientific literacy and in terms of how scientists do science," Runyon added. "And that is not by saying, 'Let's agree on one thing.' That's not science at all."

Runyon's group advocates for a sub-classification system, similar to biology's hierarchal method. This approach would categorize Earth's moon as a type of planet.

That idea irks California Institute of Technology astronomer Mike Brown, who discovered the Kuiper Belt object that cast Pluto out of the planet club.

"It really takes blinders to not look at the solar system and see the profound differences between the eight planets in their stately circular orbits and then the millions and millions of tiny bodies flitting in and out between the planets and being tossed around by them," he wrote in an email.