The problem of passing down information to 10,000 years into future 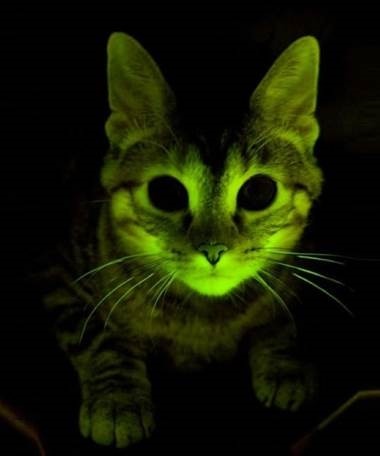 Color-changing cats we genetically engineered to glow in order to study AIDS.
by Çetin Kaya Koç Apr 20, 2017 12:00 am
The earliest human writing first emerged about 5,000 years ago. Although walls, columns and foundational structures that are as old as 15,000 years remain, we are unable to extract information about their purpose and use in most cases. This is not due to a lack of tools, but the impermanence of information-carrying material beyond 5,000 years. Imagine, as we unearth the Göbeklitepe monument, we discover a written artifact, a stone tablet for example, that tells us more about these mysterious structures. Unfortunately, such a thing will not happen, unless in the most unusual of circumstances, because almost nothing that old remains intact.

What would these warnings be? Well, for once we can tell them of the dangers that we faced as humans over the last five or 10 millennia. However, we may not all agree on what these dangers are. But there are a few we must agree on: one of them being the storage places for nuclear material. The half-life of such materials is defined by the time in which half of the material turns into energy. If we wait long enough, the material almost disappears (below detectable levels). Unfortunately, the half-life of most nuclear material is way too long. Some of the nuclear material humanity has produced for weapons or fuel has 10 to 24,000 years of half-life. We should worry about how to warn humans who might by chance stumble upon one of these storage facilities.

We need to realize that such timeframes defy our logic and understanding of time and history. Even a language will not remain beyond a few thousand years, considering how often it changes in a few hundred years. There are texts written in languages that are prototypes of today's existing languages, but now they require a complete translation. Warning symbols would be meaningless too. Architects proposed giant spikes around such nuclear facilities in order to keep people away. Not very useful, as the historian Will Durant said, "Civilization exists by geologic consent, subject to change without notice."

A very intriguing (more like, weird) concept was proposed by two philosophers, Françoise Bastide and Paolo Fabbri. They opined that most biological beings and fragments of human cultures last several millennia, and they can perhaps be utilized. We can genetically engineer cats that change color at the presence of nuclear material, and leave them to the wild. We can at the same time start creating culture; write songs, and tell stories about these "ray cats" that when these cats change color, danger is present and run far away!

So, whatever the question, "cats" might be the answer! Jokes aside, making a permanent record of our culture, creating permanent warning labels, protecting our heritage beyond a millennium seems like an insurmountable task. Particularly vulnerable is digital information. There is a flurry of activity to digitize books and art in order to protect them. I hope we still make significant efforts to keep the physical objects too, because we just simply do not have a good method of keeping digital information intact beyond a few decades.
RELATED TOPICS