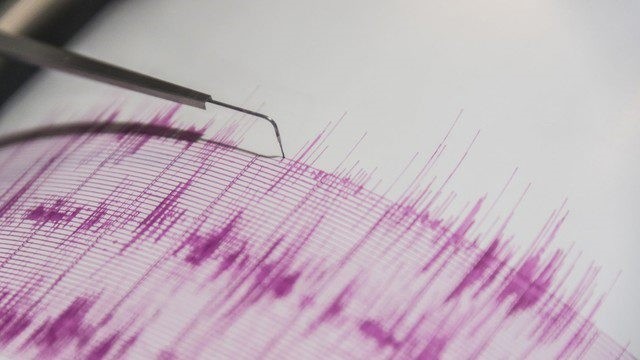 by May 04, 2017 12:00 am
NASA is reported to be starting the construction of the Earthquake Forecast Ground Station inside Dokuz Eylül University's campus in İzmir. Turkish-descended French Ronald Karel, the vice president of NASA's subsidiary GeoCosmo Research Center Foundation, announced that the Earthquake Forecast Ground Station is to be built in İzmir, the only center of its kind in the world. Known for his earthquake forecasts from the shapes and movements of the clouds in the sky, Karel claimed that they will be able to reveal earthquake forecast maps just like weather reports with the data that will be provided by the ground station.

Karel who has been living in Bodrum, Turkey for the last 40 years, is in Turkey with scientists from 60 countries from around the world. The team of scientists are here to create seismic waves to measure the earthquake risk in the Aegean, Mediterranean and Southeastern Anatolia regions.

The Earthquake Forecast Ground Stations are planned to be built in 34 countries around the world including Turkey. The data gathered in the ground station in İzmir will be assessed in collaboration with Dokuz Eylül University and sent to NASA. "We will be able to forecast earthquakes beforehand and create a map showing places under the threat of earthquake just like the weather forecast. In time, we will be able to announce the highly risky places daily," said Karel.

The aim of the ground stations is to forecast the location and the magnitude of an earthquake and warn people three to seven days before the earthquake happens. "We will release the results of our research when it is necessary but we have to put the station to a series of tests in the first months so people should not expect concrete results right away after the station starts operating," added Karel.

Although scientists from various fields have been working together for centuries to forecast earthquakes, they can neither predict the time or the magnitude and thousands of people lost their lives every year in a major earthquake which also costs millions of dollar of worth damage. "GeoCosmo will be a new field of science. Scientists from all over the world will participate to this project. This project will be one of the most important projects in the human history," Karel concluded.