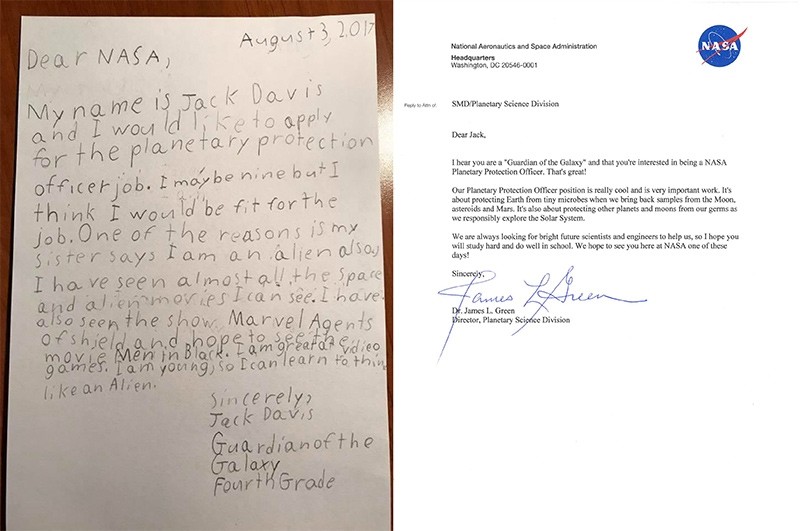 A 9-year-old New Jersey boy who describes himself as a "Guardian of the Galaxy" is hoping to add the real-life NASA title "Planetary Protection Officer" to his resume.

NASA says it received an application for the position from fourth-grader Jack Davis, who touted his expertise in space-themed movies. In a letter the agency posted online , Jack acknowledged his youth, but says that will make it easier for him to think like an alien.

Jack received a letter and a phone call from NASA officials thanking him for his interest and encouraging him to study hard so he can one day join them at the agency.

NASA says the job might not quite live up to its thrilling title, but is important in preventing microbial contamination of Earth and other planets.