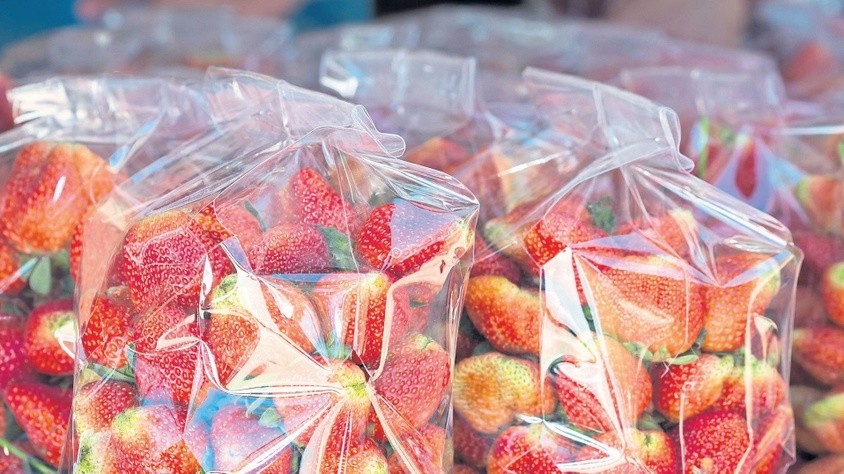 Researcher of Sabancı University Nanotechnology Research and Application Center (SUNUM), Ünal and her team developed a packaging film containing clay nanotubes that were equipped with various functions to meet the needs of multidimensional packaging. The film has a shelf life extending quality for perishables by preventing the over-ripening of fruits and vegetables and preventing microbial growth on meat.

Giving information on the studies, Ünal said, "Thanks to such active packaging [items], we can improve food security conditions and reduce the economic loss faced due to spoiled food." Ünal also stated that it is possible with this technology to design cost-efficient packaging suitable for various food categories.

Researchers of Sabancı University Nanotechnology Research and Application Center evaluated the productivity of the new packaging by comparing it with ordinary polyethylene film. They packaged foods like tomatoes, bananas and chicken in the newly-developed Nano clay-enforced film. At the end of day 10, the food packaged in the new Nano clay technology were observed to be in better condition than the foods packaged in the other material. Also, at the end of day six, the bananas packaged in the new technology were fresher and their color were more vivid. The chicken wrapped in Nano clay film was observed to produce less bacteria than the chicken wrapped in an ordinary film.

Ünal stated that they continue conducting studies on presenting the new Nano clay-enforced packaging system to the market as well as the tests on the safety of the newly developed films on contact with foodstuff.