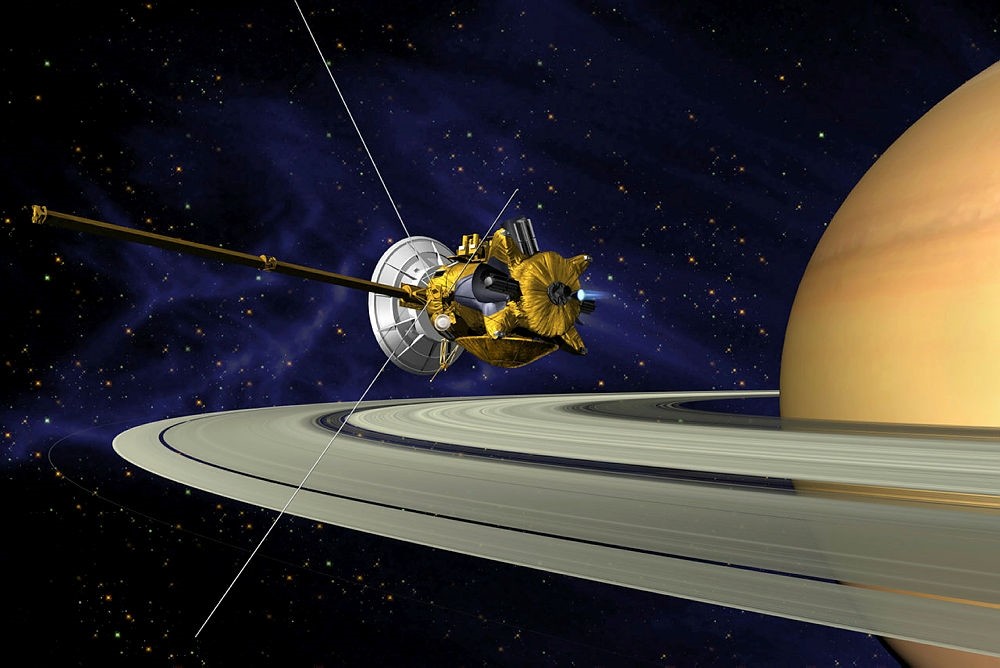 NASA's Cassini spacecraft disintegrated in the skies above Saturn early Friday in a final, fateful blaze of cosmic glory, following a remarkable journey of 20 years.

Confirmation of Cassini's expected demise came about 7:55 a.m. EDT. That's when radio signals from the spacecraft — its last scientific gifts to Earth — came to an abrupt halt. The radio waves went flat, and the spacecraft fell silent.

Cassini actually burned up like a meteor 83 minutes earlier as it dove through Saturn's atmosphere, becoming one with the giant gas planet it set out in 1997 to explore. But it took that long for the news to arrive at Earth a billion miles away.

The only spacecraft to ever orbit Saturn, Cassini showed us the planet, its rings and moons up close in all their glory. Perhaps most tantalizing, ocean worlds were unveiled by Cassini and its hitchhiking companion, the Huygens lander, on the moons Enceladus and Titan, which could possibly harbor life.

Cassini snapped its "last memento photos" of the Saturn system Thursday. Dutiful to the end, the spacecraft sampled Saturn's atmosphere Friday morning as it made its final plunge.

More than 1,500 people, many of them past and present team members, had gathered at California's Jet Propulsion Laboratory for what was described as both a vigil and celebration. Even more congregated at nearby California Institute of Technology, which runs the lab for NASA.

Project scientist Linda Spilker noted Cassini has been running "a marathon of scientific discovery" for 13 years at Saturn. "So we're here today to cheer as Cassini finishes that race," she said.

The spacecraft tumbled out of control while plummeting at more than 76,000 mph (122,000 kph). Project officials invited ground telescopes to look for Cassini's last-gasp flash, but weren't hopeful it would be spotted from a billion miles away.

This Grand Finale, as NASA calls it, came about as Cassini's fuel tank started getting low after 13 years exploring the planet. Scientists wanted to prevent Cassini from crashing into Enceladus or Titan — and contaminating those pristine worlds. And so in April, Cassini was directed into the previously unexplored gap between Saturn's cloud tops and the rings. Twenty-two times, Cassini entered the gap and came out again. The last time was last week.

The leader of Cassini's imaging team, Carolyn Porco, a visiting scholar at the University of California, Berkeley, was so involved with the mission for so long that now, "I consider it the start of life, part two."

Cassini departed Earth in 1997 and arrived at the solar system's second largest planet in 2004. The European Huygens landed on big moon Titan in 2005. Nothing from Earth has landed farther.

In all, Cassini collected more than 453,000 images and traveled 4.9 billion miles. It was an international endeavor, with 27 nations taking part. The final price tag was $3.9 billion.