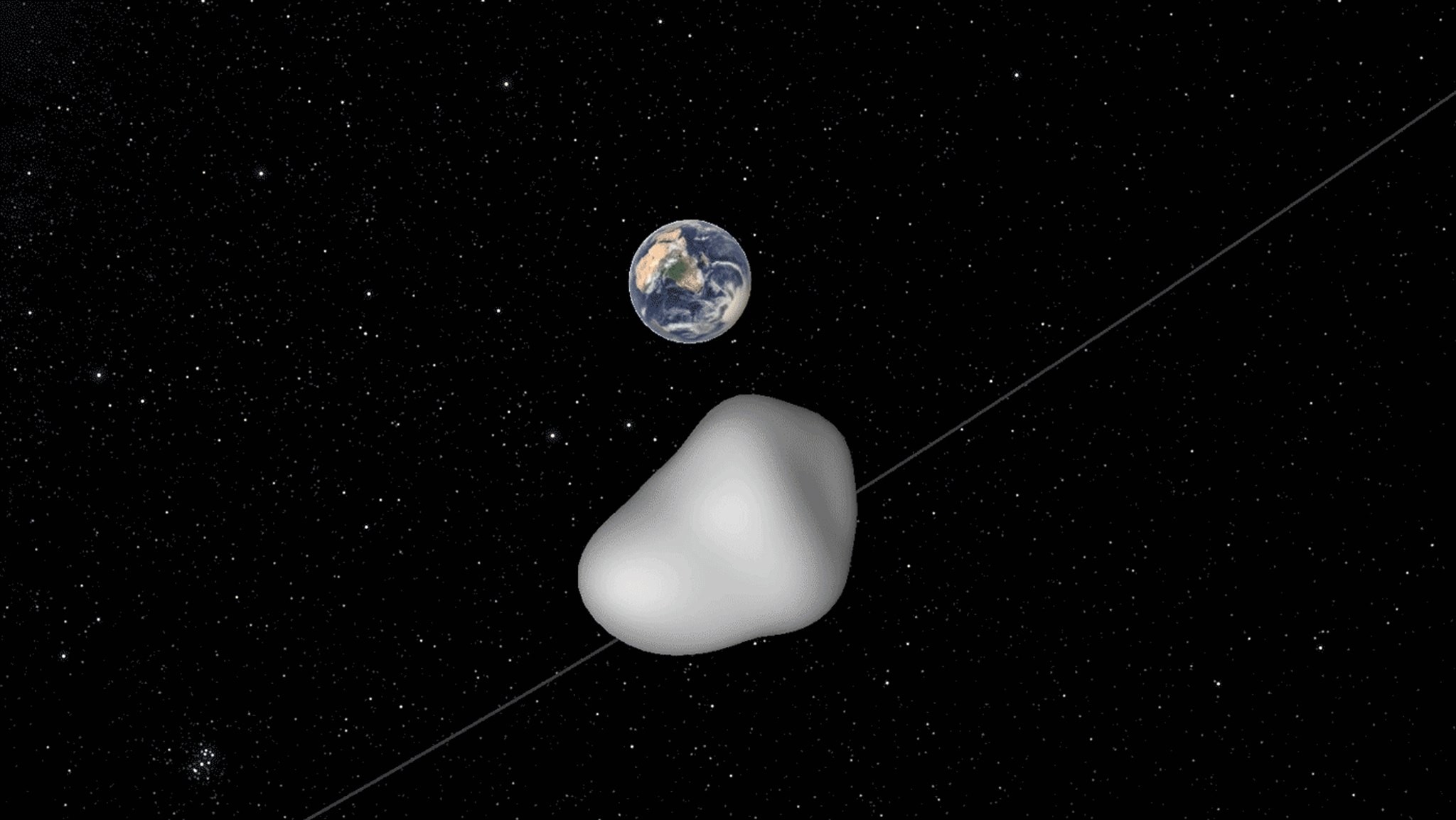 An asteroid the size of a school bus flew remarkably near Earth on Thursday, providing scientists with an opportunity to test the warning systems that would kick in if a space collision was coming.

For comparison, the distance between the Earth and the Moon is about 400,000 kilometeRs.

There was no actual risk of a hit, although the asteroid did come well inside the orbit of the Moon and that of some human-made satellites.

"Basically, we pretended that this is a 'critical' object with a high risk of impacting Earth ... and exercised our communication channels and used telescopes and radar systems for observations," Detlef Koschny of European Space Agency said in a blog post on the agency's website.

The results were mixed.

Koschny said one big radar system in Puerto Rico did not work due to damage from Hurricane Maria but that another U.S. based radar system was used instead.

"This is exactly why we do this exercise – to not be surprised by these things," he said.

Radar images showed the asteroid was about 10 to 12 meters (yards) wide, roughly the size of an asteroid that exploded over Chelyabinsk, Russia in 2013, leaving more than 1,000 people injured by flying glass and debris.

Asteroid 2012 TC4 was discovered in 2012 from an observatory in Hawaii.

Koschny said the ESA now needed to update its predictions for how close 2012 TC4 will come to Earth on its next flyby, which has so far been forecast for 2079. The astronomical rock is estimated have a one-in-2,645 chance of making contact that year, according to Ruediger Jehn of the European Space Agency.