What is keeping mankind from dominating space? 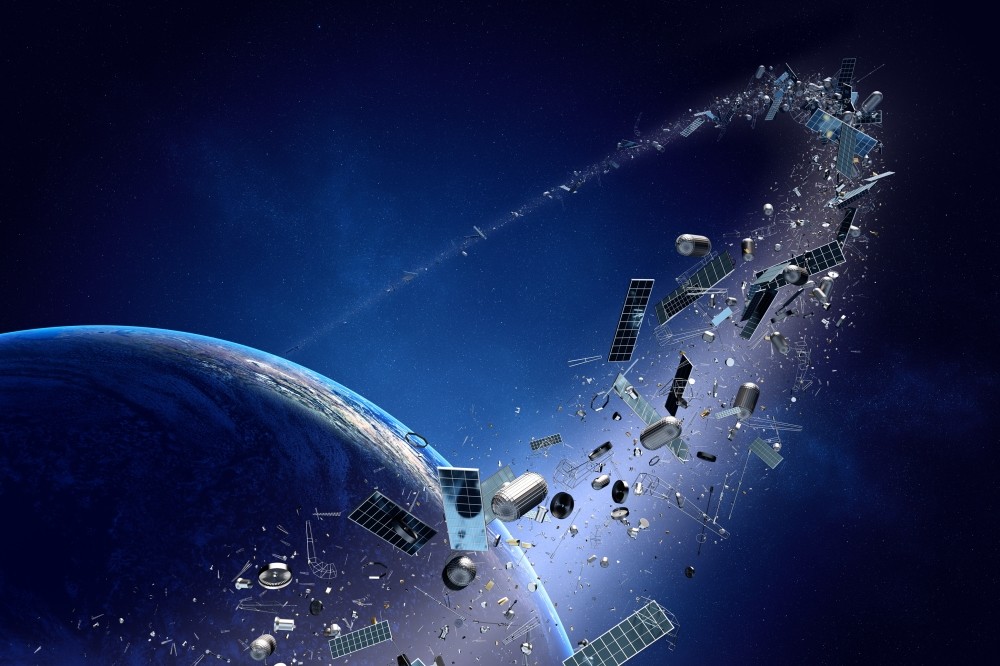 Although it is 2017, mankind still has not colonized the nearest habitable planet

On the other hand, Space Adventures, the company that sent the first group of civilian space tourists to the International Space Station (ISS), are aiming for a manned lunar mission by 2020 with seats up for grabs at $100 million each. All these facts almost make it feel like the space race has finally caught up to its Cold War-era pace (minus the hostility and nuclear warheads).

So, why is humanity still earthbound? Why even the richest of the rich can't afford to jump on their spaceship, enter the coordinates of the nearest habitable planet, and leave this ever-warming, overpopulated globe?

It is not a feasible market For starters, wealthy businesspeople tend to change their location mostly to address their business goals. In space, it is hard to find one, at least for now.

Unless you are Elon Musk with a risky and enduring plan that involves discovering a new planet and building a sustainable colony there, space travel is no different from a costly Disneyland trip: You rocket your way up there, enjoy some zero-gravity action, take some selfies, and then return to your home safe and sound.

However, the very differences that set interplanetary space travel apart from a trip to Disneyland also make up a list of likely reasons why even Richie Rich would prefer enjoying the sun in Maldives, not on another planet.

This list includes problems that multibillion-dollar companies are actively trying to tackle in order to achieve one of the humanity's greatest ambitions (besides immortality), that is starting life on another planet.

Know your space
​
Space travels can be boiled down to three types: Orbital, lunar and interplanetary. The first one consists of leaving the atmosphere by reaching at least an altitude of 100 kilometers (the U.S. recognizes people traveling as high as 80 kilometers as astronauts), spending quality time in earth's orbit, and maybe even paying a visit to the International Space Station (ISS).

Lunar missions are journeys to the Moon, the natural satellite of our lovely planet. But, despite Hollywood's best efforts, humankind is yet to set on an interplanetary mission. We have not set foot on even our closest neighbor, Mars.

Our latest knowledge about the Red Planet came in the form of photographs and data from Curiosity, a car-sized rover sent to Mars five years ago. Budgetary problems aside, Mars is a reference point for humanity for settling on another planet.

Leaving earth's atmosphere with enough resources to cross the outer space, traveling for weeks while facing cosmic radiation, and establishing a sustainable settlement in a hazardous environment are only a few in a list of major challenges and problems waiting to be solved before the first Mars astronauts can don their space suits.

Money is the least of space travelers' problems. Despite NASA and private companies calculating different results, a flight to the nearest planet is estimated to cost between $2 billion to $10 billion per passenger.

SpaceX aims to reduce this massive budget gradually to as low as $200,000 by leveraging reusable rockets like Falcon 9, their current solution to reduce the cost of ISS cargo missions from $1 billion to just $60 million.

Gravity drags you down
​
Gravity, the phenomenon that binds us to earth, is also one of the biggest challenges that we need overcome if we want to launch more efficiently. Unmanned take-offs, like the Mars Curiosity, rover cost about $200 million just to leave our atmosphere. Add a crew and a cargo to sustain life to that, reaching outer space gets even harder.

If leaving earth is one thing, passing through its orbit is another, given the amount of space debris our planet is surrounded by.

"The U.S. Space Surveillance Network has its eyes on almost 17,000 objects, each at least the size of a softball, hurtling around Earth at speeds of more than 28,164 kilometers per hour," said a March 2016-article on popular science magazine Wired.

Materials like Kevlar protect against smaller threats but the over 4,000 satellites orbiting earth surely form a menacing obstacle course.

Not a warm welcome

Neither the vacuum of the outer space nor the surface temperature in Mars is viable for sustaining life. It is between -87 degrees Celsius to -5 degrees on the surface of the Red Planet and can get even lower depending on your position against the sun.

Escaping the atmosphere also means leaving behind the protection against all kinds of threats, like cosmic rays and zero-gravity, among other things.

As you would probably recall from physics classes, cosmic rays are mostly high-energy radiation. They come in all the way from outside our solar system and prolonged exposure can cause cancer, cataracts and even Alzheimer's.

Elon Musk's proposed journey to Mars would take 80 to 150 days, and while you enjoy "zero-G games, theaters and other entertainment" inside the ship, you would be also exposed to space radiation unless they figure out how to protect passengers for sustained periods of time.

Speaking of zero-G games, it might be fun to float in the air for a couple of minutes. But, a lack of gravity for long periods of time would affect your bones and muscles negatively. Day by day, your heart would become wearier due to weightlessness and a loss of bone mass.

Since the mission to Mars would not have a suicidal objective, arriving in the Red Planet in full health will of key importance. Elon Musk, NASA and others planning a manned interplanetary space flight will have to address this issue in the near future.

It has been nearly five decades since the first human set foot on the Moon. Since then, both technology and astrophysics have come a long way and despite intimidating hurdles, even Mars will one day surrender to human curiosity.