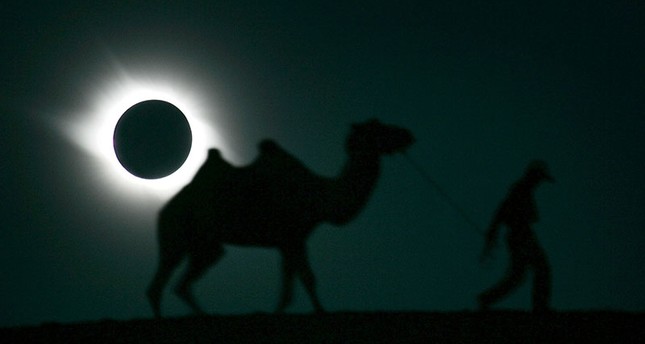 Researchers have pinpointed the date of the first solar eclipse ever recorded, which occurred during the reign of Egyptian pharaohs 3,000 years ago.

Cross-referencing the dates of Egyptian texts and the Bible, researchers from the University of Cambridge put the date of the first recorded solar eclipse at Oct. 30, 1207 B.C.

This date allows historians to give the most accurate time periods for the Egyptian pharaohs' reigns, particularly the rule of Ramses the Great.

"If these words are describing a real observation, then a major astronomical event was taking place. The question for us to figure out is what the text actually means," University of Cambridge Materials Science and Metallurgy professor Sir Colin Humphreys said in a statement.

Humphreys thinks the text may not have meant a literal halting of the sun and moon's orbits.

"In this context, the Hebrew words could be referring to a solar eclipse, when the moon passes between the earth and the sun, and the sun appears to stop shining," said Humphreys.

"This interpretation is supported by the fact that the Hebrew word translated 'stand still' has the same root as a Babylonian word used in ancient astronomical texts to describe eclipses."

Other researchers have guessed this passage might refer to a solar eclipse, but co-authors Humphreys and Graeme Waddington are the first to date the event.

To come up with a chronology, Cambridge researchers examined changes in the Earth's rotation over time to develop an eclipse code.

This discovery will likely result in adjustments to the current dates of the Egyptian pharaohs reigns, which were previously in question. If the eclipse calculation is accurate, the dates of the reigns of Ramses the Great and his son Merneptah will be accurate to the year.

Share on Facebook Share on Twitter
Previous in Science Just in time for Halloween, Massachusetts Institute of Technology... Next in Science Syria's first cosmonaut Muhammed Ahmad Faris, who has been living...
DAILY SABAH RECOMMENDS